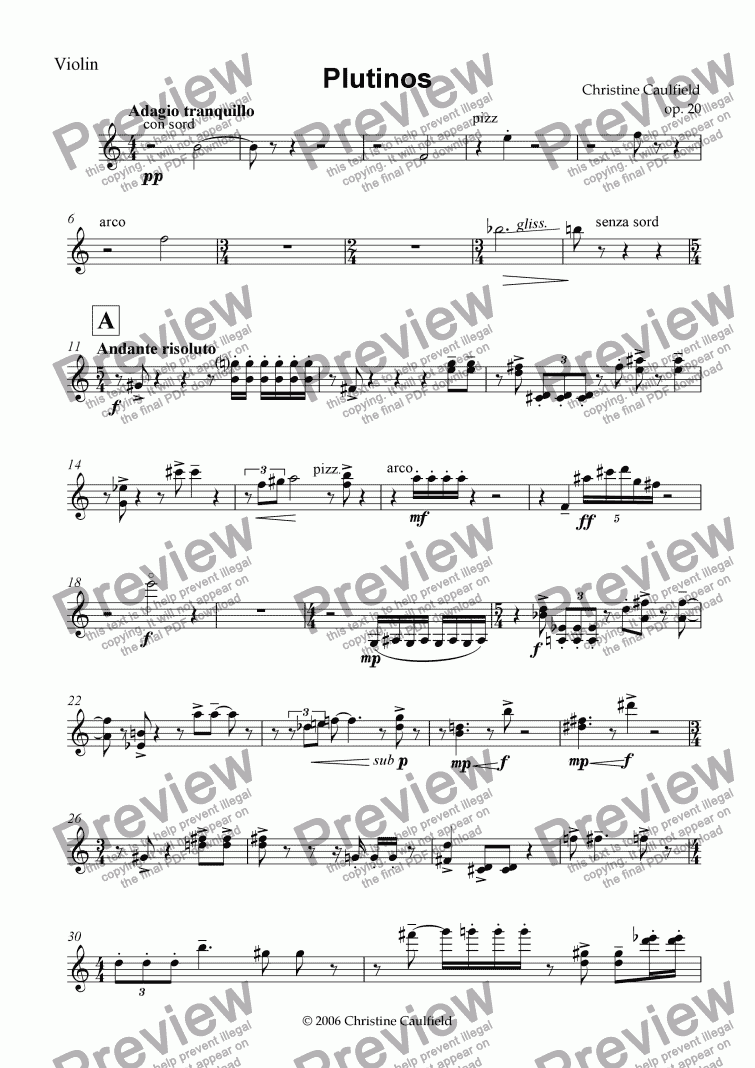 Price:
(+ VAT when applicable)
Price is for this part only Price is for a complete set of two parts Price is for score and complete set of two parts
Note: The publisher requires a minimum purchase of 1 licenses
Change currency...
You are purchasing high quality sheet music PDF files suitable for printing. You are purchasing a license to print this music. Be sure to purchase the number of copies that you require, as the number of prints allowed is restricted.

Plutinos are a form of Kuiper belt object (the Kuiper belt is the are of the solar system beyond the planet Neptune), named after their most famous member: Pluto.

The piece was inspired by a diagram of Kuiper belt objects in an Open University science course, showing the arrangement of the three major kinds of object: Plutinos, ’Classical’ objects and ’Scattered Disc’ objects. This diagram gives the piece its form and governs the style of the three major sections. Plutinos starting from rehearsal letter A, Classical at C and Scattered Disc Objects at D. There is a gap between the Plutinos and the Classical objects (B-C) and the Classical and Scattered Disc object overlap. The musical timeline does not follow a timeline exactly proportional to the X axis of the figure.

Nearly all of the material in the piece is generated from a graph comparing the construction of various types of planetary material with carbonaceous chondrites, which are believed to be the type of material from which all of the solar system is made. The other source is the atomic weights of the materials that make up the carbonaceous chondrites: this, in its raw form, produces the first 19 bars of D, and is expanded upon from C.

Although written using a system, I have freely re-interpreted quite a lot of the generated material for my own compositional purposes.

The piece should be approachable by amateurs - with a little practice - though I’m not sure about the piano part.

In order to submit this part to ScoreExchange.com Christine Caulfield has declared that they own the copyright to this work in its entirety or that they have been granted permission from the copyright holder to use their work. If you believe that this part should be not available here because it infringes your or someone elses copyright, please report this part using the copyright abuse form.