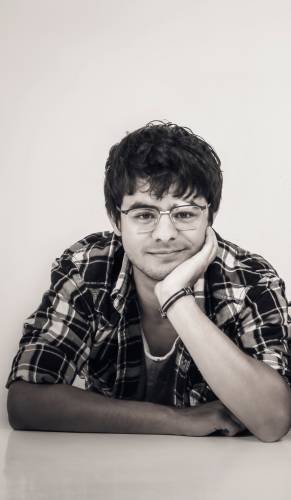 (1994 - ) Is a Dutch composer who has been autodidact for most of his youth. At age 3 he played everything by ear on Theatre Organ of his mom. Eventually he started to take piano lessons at the age of 12 which envoked his love for composing. He studied Pianotechnique for one year but secretly applied for The Conservatory of Amsterdam. Impressed by his work they took him in and so he started to study composition and piano there. Life was very challenging at the time, and so he was forced to quit eventually. Before he quitted, his teacher convinced him to stil take the Exam in Piano which after, was marked as phenomenal which earned him a recommendation letter to enroll in Masterclasses. Instead, He took a break from music for some time so he could work on himself.

Years later he studied Game&film music and curently is a freelancer who does engraving, play concerts as pianist, Composes and teaches piano.