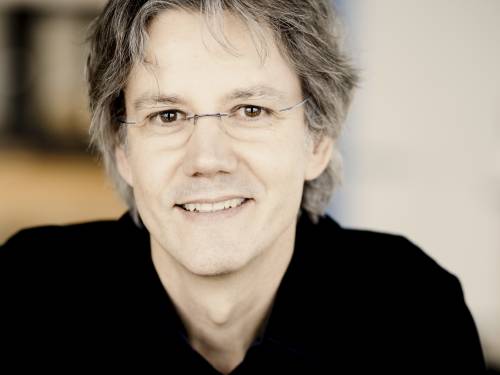 Swiss composer Fabian Müller's (*1964) works have been premiered and performed by great musicians of our time, such as David Zinman, Andris Nelsons, Sir Roger Norrington, Christopher Hogwood, Steven Isserlis and many others, and were played in the prestigious halls around the world including the Carnegie Hall in New York, the Tonhalle Zurich, the St. Petersburg Philharmonic, the Teatro Colon or the Beethoven Liederhalle in Stuttgart.

Apart from other recordings, CDs have been released with the Philharmonia Orchestra of London conducted by David Zinman, the Royal Philharmonic Orchestra, the Petersen Quartet Berlin, as well as the Zurich Chamber Orchestra on the Labels «ARS Produktion», «col legno», «Capriccio» and «Musiques Suisses».

Fabian Müller began as a cellist (he studied with Claude Starck at the Zurich Conservatory) and has increasingly dedicated his energies to composition. His first composition teacher was Josef Haselbach (Conservatory Zurich). He spent several years at the Aspen Music Festival (Colorado) and studied there with George Tsontakis, Jacob Druckman and Bernard Rands. In 1996 he won the composition prize at the Aspen Music Festival (Jacob Druckman Award for Orchestral Composition). 2006 he received for his work until to date an award from the canton of Zurich. 2012 he was awarded the «Zollikon Art Prize» and 2016 he was nominated for the „Swiss Music Award“ of the Swiss government.

In addition to his activities as a composer, Fabian Müller is very interested in music ethnology. He spent ten years (1991 to 2002) preparing the publication of the Hanny Christen Collection, a ten-volume anthology of Swiss folk music with over 10’000 tunes from the 19th Century, which initiated a new era for the traditional music of his country.