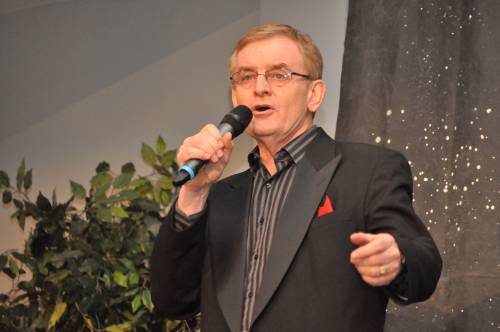 Contact Seller
Please note that you will need to sign in or register before you can contact this seller
Address:
Mr. Robert Olson
816 Dunston St
Colorado Springs
CO
80907
United States

My background in music and ministry is diverse. In 1974, I received a Bachelor of Science degree in Instrumental and Vocal Music from Moorhead State University, Moorhead, Minnesota. From there I was hired to direct the Vocal and Instrumental music at the University of Minnesota, Crookston where I developed their program and started their first Jazz Choir called “Vocal Force”. After two USO tours with that group I was asked to pursue my Master’s degree and so in 1979, I took an internship at Cal State University Long Beach and worked as a graduate assistant while studying conducting with Frank Pooler. All the while I was employed at Emmanuel Church and developing their arts ministry. Along the way, I directed the Women’s Choir of CSULB, Co-Directed the University Choir Of Cal State Long Beach, went on three choir tours of Australia/New Zealand, wrote the official arrangement of the Australian National Anthem, published choral music with Hinshaw, Aberdeen, and Jensen Publications, and directed choirs at John Davidson’s wedding, Richard Carpenter’s CSULB Winter Festival Concert, and the Crystal Cathedral.

In 1984 I was asked to become the full-time Music Minister at Emmanuel Church in Paramount, CA. It was at that time that the worship leader concept was emerging in our country and my guitar/vocal skills came into play for our church. All the while I was directing the 50 voice choir and developing an orchestra for our Sunday worship. Utilizing my composition skills, directing skills, conducting skills, and vocal skills, I helped our church emerge into a contemporary style of worship which embraced praise choruses and contemporary versions of the older hymns. In the Spring of 2010, I finished my third year of teaching a class at BIOLA University in California called “Designing and Leading Worship”. In July of 2021 I retired and am continuing to write and arrange for various ensembles.

My music
(Joshua Fought) The Battle Of Jericho
(This Is) My Father’s World
A Child Is Born
A Gift Of Love
A True Worshipper
A True Worshipper SATB with piano
A True Worshipper (SSAA)
All Hail The Name Of Jesus
All That We Have Is Yours
America
And God Said for the Celebration Choir of Emmanuel Church, Paramount, CA written for Chapter one of "The Story"
Battle Hymn
Beauty Personified
Becoming Like Jesus
Behold
Believe In Yourself
Children Of The Heavenly Father
Didn’t My Lord Deliver Daniel?
Disciples Of The Lord
Earth Has No Sorrow (TTBB)
Enter His Peace
Eternal Rose
Faith
Father, Fill Our Fathers
Fear The Lord
Give Me Eyes To See
Go Down, Moses
God Rest Ye Merry Gentlemen
Going Home
Good Christian Men Rejoice SSATB with Piano, Optional Rhythm Section, Soprano Sax and Trumpet
Hallowed Is Your Name
Hark The Herald Angels Sing In a 12/8 shuffle
He Loves You
His Name Is Jesus
How Great Our Joy
I Go To The Rock
I Will Trust In You (Joseph’s Song)
If I Leave All For Thee
Immortal, Invisible
Immortal, Invisible
In Reverent Fear
Infant Holy
Is A Wonder
It Is You
It Was A Silent Night
Jesus Is A Rock
Jesus, What A Friend
Joy To The World
Joy Unspeakable
Leaning On The Everlasting Arms
Let All Who Have Breath Praise The Lord
Living Sacrifices
Make A Joyful Noise
Make Your Home In Me
More Love
My Jesus, I Love You
My Sinless Jesus
No More
No Place Like Home
Nobody Knows The Trouble I've Seen
O Come To My Heart
O For Grace To Trust Him More
O God Our Help
O God, You Are My God
O Lord, Our Lord
O Rock-A My Soul (TTBB)
On This Mother’s Day (TTB)
Put Your Hope In The Lord (Psalm 131)
Restore The Joy
Ride On King Jesus (Palm Sunday)
Ride On King Jesus (Palm Sunday)
Rock Of Ages
Surely
Take It To The Lord
Taste And See (SSAA)
That Lonesome Valley
That Still Small Voice Two-Part with piano
The City Of Our God
The Midnight Clear
The Name and The Power
The Prayer Of The Lord
The Solid Rock
There's Got To Be More
This Is Christ The King
Trust And Obey
Unto Us
Unto Us
We Give You Thanks (Great Is The Lord)
We Shall Be Like Him (SSAA)
We Will Go
Were You There
Were You There (SATB)
Were You There? SSAA with piano
Working For The Kingdom
Worthy Is The Lamb
You Are The Way
Your Mighty Hand Has Delivered Me
ScoreExchange.com is operated by ADAP Solutions Ltd. ©
Sell sheet music |
Terms | Privacy |
Contact us | Blog |
Advertise | Help