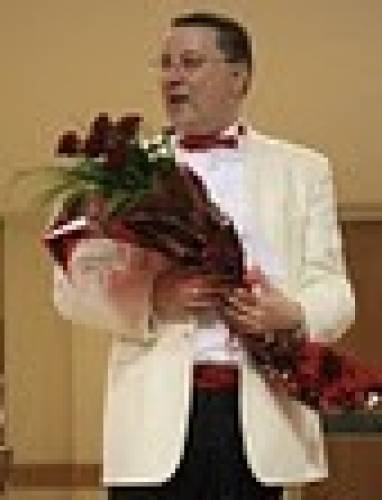 Adrian Connell (1964) Largely self taught as a composer I moved from originally arranging for big band into orchestral music during my A level studies. Early on I won recognition by winning The Mayor of Hammersmith's Fellowship prize and the Metropolitan Police award for my overture to the local Kids N Cops show. Upon graduating in 1987 I started work for Faber Music since when I have been fortunate in obtaining regular commissions. In 1991 I was commissioned by the Bromley Oecumenical Singers and since then have had an ongoing relationship with this choir producing a large number of works as their Composer in Association The Glorious Few (1990), Ballade (1991), Song of Praise (1992), Sing A New Song (1993), Celebration Overture (1995), Ave Verum (1998), Missa Cum Gaudio (2000) and Rest in Peace (2001). This fruitful relationship has led to performances of my music by other organisations in the borough and across the South East of Great Britain, as well as commissions, including the recent commission The Flower Will Bloom by Bromley Symphony Orchestra in 2002. Performances from other organisations include London String Orchestra, Bromley Symphony Orchestra, Southampton Concert Orchestra, Surrey Philharmonic Orchestra, Hayes Symphony Orchestra, Harrow Symphony Orchestra and numerous church choirs.