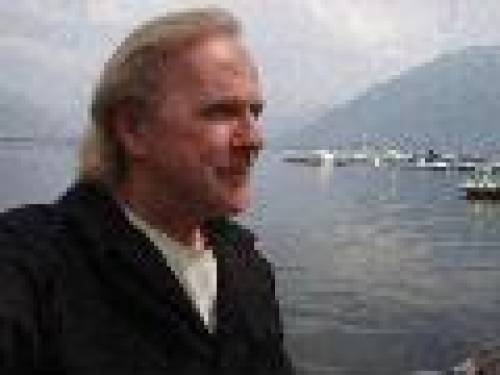 Daniel Leo Simpson, an American Composer with a flair for creating "contagious" and engaging music, specializes in unusual, interesting and dynamic works of every genre. From concerti and symphonies to commercials and film music, he is distinguishing himself as unique in his field.

He has had extensive music training, having studied under such esteemed American composers as Robert McBride and Robert Muczynski. Mr. Simpson holds a Masters degree in Theory and Composition from the University of Arizona in addition to holding both Elementary and Music Teaching Credentials from Arizona State University and a California State Teaching Credential in Music Education.

He was also accepted for study at the Grove School of Music in Los Angeles, where under the tutelage of Henry Mancini, Bill Conti, Joe Harnel, and Allyn Ferguson, he mastered the craft of writing music for motion pictures. There he worked as a commissioned artist creating music for featured films, television talk shows and commercials.

In addition to his creative genius, Mr. Simpson has received recognition as a well established and brilliant computer music software expert, gaining the praise and confidence of such notables as Carlos Rodriquez with the Los Angeles Philharmonic, Tom "Bones" Malone from Paul Shaffer's CBS Orchestra with the David Letterman Show, Akira Endo of the Miami City Ballet and guest conductor for the San Francisco Ballet, and Barry Manilow among others.

Some of his commissioned works have already been premiered in the San Francisco Bay area while others are presently being prepared to be showcased by bay area musicians. His Po�me for Cello and Orchestra was performed at the Mountain View Center for the Performing Arts by the El Camino Youth Symphony with world renowned cellist Michail Gelfandbein as soloist. Most recently, he was commissioned to compose the school song Terman Tigers for Terman Middle school and The JLS Way Alma Mater for Jane Lathrop Stanford Middle School both in Palo Alto, California.

Currently Daniel is concentrating his efforts on his songwriting skills. He and his wife have purchased a home in Hillsboro Village, minutes away from Nashville's famed "Music Row" and he is working hard on his craft of songwriting in order to lay a foundation of being able to pitch his songs to Nashville publishers and artists.