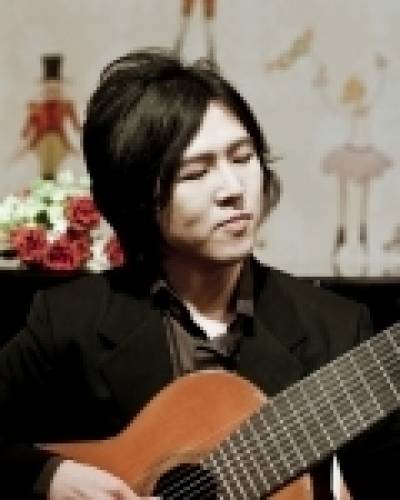 Centering on his classical guitar playing style, has performed with artists of various genres and participated in numerous recordings and lives. His arrangements are appreciated for their unique originality unlike any other classical guitarist. Concert performances of his own compositions have high reputation. A well received composer and arranger, is also engaged in a wide range of activities across genres, such as the contribution of his music in various fields including film and game music.

Made it into the national finals at the 2005, 2007 Finger Picking Contest hosted by Moridaira Musical Instruments Co., Ltd. Placed in the 15th Nagoya Guitar Contest.