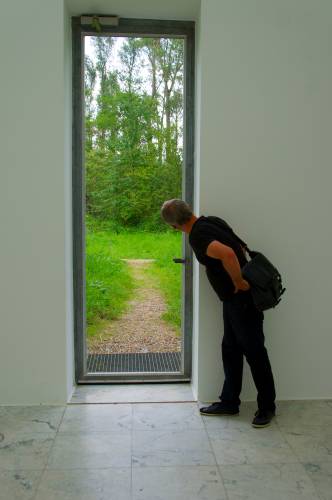 Ulrich Ludat was born in 1959 in Öhringen, Germany. Currently, he lives and works as independent artist in Saarbrücken, Germany. He studied Romance Philology, Philosophy and Musicology in Germany and Italy and Music at the Saarbrücken State Conservatory (Diploma, 1990). From 1990 until 1999 he was teaching instrumental music at several public and private music schools. At the same time, from 1990-2006, he was active as performer and instrumentalist with the 'ensemble for astonishing music [archae.o.pteryx]', specialized in contemporary music (theatre) and performances. From 2003, Ulrich Ludat was intensifying his artistic work as composer of pieces using self-invented and constructed 'instruments', adding performance elements, multi-channel audio-playback, video, and even film. To realize the multimedia part of some compositions he worked at as important institutions like the ZKM in Karlsruhe, Germany. Since 2008 he is realizing large projects, accompanied and/or 'disturbed' by smaller ones.