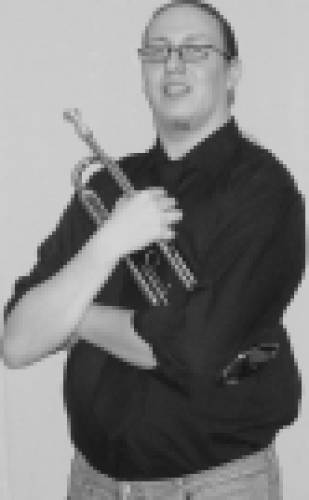 Nick has been playing the Trumpet for 18 years, during which he has played for a large variety of ensembles from Big Bands to Brass Bands, Pit Bands and Orchestras to Wind Bands and Marching Bands with many other smaller ensembles in between. His playing has taken him to many venues around the world including the Last Post Ceremony at the Menin Gate in Ypres, Central Park in New York, Disneyland Paris, the World Marching Showband Championships in Brazil and, closer to home, the Barbican in London.

Nick has played on a number of shows including Guys and Dolls, The Wiz, Little Shop of Horrors, BIG, The Wedding Singer, the London Premiere of Frankenstein, Our House – The Madness Musical and Bad Girls in addition to being Musical Director of Disco Inferno whilst at University. He will also be playing on Hairspray, Jesus Christ Superstar, Dracula and the UK Premiere of the Rat Pack Lounge later in the year.

He began playing in Brass Bands in Lancashire, namely Chorley Silver Band and Lancashire Youth Brass Band before moving to York where he gained a BA(Hons) in Music from York St John University. During this time he played Principal Trumpet and Principal French Horn in the University Concert Band, First Trumpet in the University Students’ Union Big Band from its inception, and also in the University Students’ Union Musical Production Society. After University, Nick played for Longridge Brass Band for 18 months to hone his playing skills before moving to London to study for a PCGE in Secondary Music at the Institute of Education which he gained in August 2009. He currently plays for Hertfordshire Big Band, Welwyn Garden City Orchestra and Stage One Theatre Company, and teaches trumpet in Bethnal Green, London. The highlights of Nick’s career so far are appearing live as a guest Trumpet player with Rick Guard at the Manchester 365 Casino and with the Rita Geaquinto Trio at Ronnie Scott’s Bar. He has also appeared with the Starlight Swing Orchestra, The London Swingfonia and the John Bennett Band.