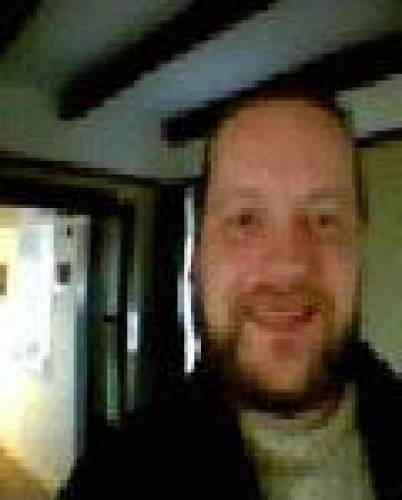 A born and bred Londoner, I now reside on the beautiful Isle of Arran, just off the SW coast of Scotland, where I hope to be setting up my own brass publishing firm soon.

I was lucky enough to be part of what was the Inner London Education Authority music set up whilst at school, so I was provided with much free music tuition. I have been playing the trumpet/cornet for 30 years now and luckily enough I can still keep my chops in order as I've set up a brass quintet here! I also conduct the local brass band.

My main musical interests are classical, though I have been known to be part of backing bands for amateur pop groups! My main activities over the years have been: conductor of Crystal Palace, Epsom and Ewell, Fulham Brass Bands and Merton Concert Band: Principal trumpet with Bromley Symphony Orchestra and Orpington Symphony Orchestra (with whom I performed Hummel's Trumpet Concerto in March 1995). I was occasionally conductor of the choir of St John's East Dulwich, SE London, with whom I conducted a choral evensong at Southwark Cathedral some years ago

I've been arranging little bits and bobs over the years for mainly small ensembles (mostly brass) and am now collating these to put on the wonderful Sibelius 3, some of which I shall put on here. My 18 years as an employee of the Performing Right Society (before I left for Arran in October 2004) have given me much useful knowledge with regards to music copyright which I hope I can put to some use with my proposed publishing venture.

Future plans include possible fledgling attempts at the odd composition, (some odder than others….) producing a book of last verse hymn descants for 1-3 trumpets and generally trying to find things to arrange for brass which haven't been done to death before!