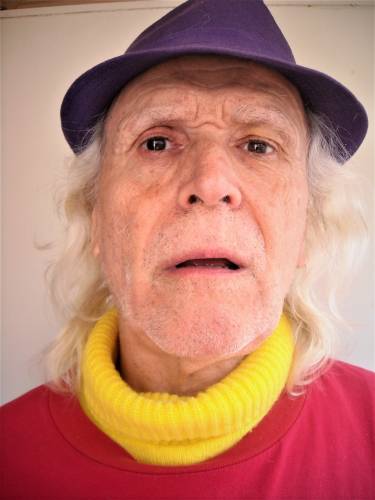 Contact Seller
Please note that you will need to sign in or register before you can contact this seller
Address:
Dr. Michael Drewes
20200 W. Country Club Dr.
PH 14
Aventura, FL
USA
33180-1673
United States

Michael Drewes was born in Germany and moved with his family to Mexico City at age fourteen, where he lived for twenty-six years. His youthful interests centered on drawing, sculpting and designing buildings. He received his Bachelors degree in Architecture and his Masters in Art History from the National Autonomous University of Mexico, and his Ph. D. in Architectural History from the University of Kaiserslautern, Germany. Drewes became curious about music in his mid-teens and learned to play the cello in school at that time, with Dante Barzano, Paolo Salvi and Guillermo Helguera. It was his only formal music training. Most musical knowledge was self-taught, sometimes under the guidance of experts, such as Helmut Koch, Josefina Alvarez Ierena, Ana Isabel Berlin, Rudolf Ducke, Armando Zayas, Mario Kuri Aldana, Felipe Ramirez, Arturo Cisneros and Charlotte Kaminsky. As he started college, his mild interest became more intense, and he studied music theory, harmony and composing on his own. Musical ideas began to come to him, and he would write them down, sometimes with the aid of a neighbor's piano, and sometimes right from his head to paper - even symphonies - which he never heard, since orchestral facilities were not within his reach. He started his career with Mexico's Monuments Office, supervising restoration of church organs. He continued to compose music, and filled notebooks of unplayed works. In 1985 Drewes moved to Israel, inspiring him to create different and more modern sounds, although his signature style continued to be basic classical harmonies. After eleven years living in Jerusalem (1985-1996), where he earned his living as restoration expert at the archaeological dig in Beit She'an, he and his American wife, whom he met in Israel when she made aliyah, moved to Miami for family reasons. Musical ideas continued non-stop, and he went on to write them down. He dreams of being able to make his music live and breathe. Please note his articles on Mexican baroque pipe organs in English, in ''The Organ Yearbook,'' Vols. XIII (1982), XIV (1983), XVI (1985), XIX (1988), XXVII (1997) and XXVIII (1998/99), and in Spanish, in ''Anales del Instituto de Investigaciones Esteticas,'' Mexico, Vol. XIII, No. 49 (1979), Vol. XIII, No. 51 (1983), Vol. XIV, No. 54 (1984) and Vol. XV, No. 60 (1989). NOTE: From time to time I review my scores. When I discover a flaw, I resubmit the corrected score in question. I apologize for the inconvenience. Most of my works for string orchestra can also be performed by string quartet (omitting the double bass, of course).

Composer Woes (written on 24 August 2010) Frederic Chopin was smart, because he restricted himself to writing exclusively for his instrument, the piano, with the exception of his two piano concertos, his only orchestral works. This limitation turns out to be rather a virtue, especially since he was not only a good composer but an excellent performer, and so he could present his own works in a convincing manner to an audience, given that the piano of his time had already the same capacity of expression as the one we know in our day. We could say the same about Franz Liszt who also produced mostly for the piano even though he also crated a lot of orchestral works. We should take these two as an example for being a composer in these lousy times where the faucet is turned off for cultural and educational programs, and the powers that be are not willing to cough up the dough for putting your fancies into reality. If you compose, write for the keyboard, be it organ, harpsichord, piano or a Wurlitzer, a Fender Rhodes, Korg, Roland or a rock organ! Just compare prices: imagine what it would cost to hire a classical symphonic orchestra as used in Beethoven’s time, let alone any bigger ensembles! Can you pay the salary of fifty-six musicians plus conductor? Even a string quartet, a wind quintet or a piano trio is already no longer within one’s reach. It is cheaper to go with somebody playing your works on a keyboard, and a run-down bar pianist would gladly do the job after being treated to some Campari, Amaretto di Saronno, Cointreau, Henessy VSOP, Glinfiddich, Mezcal, Tequila Sour or any other of these beverages, or a mixture thereof, and his interpretations may result quite faithful and convincing. Since I myself am rather poor and awkward as a performer, I depend on others for getting my music awakened from its slumber, but if you are great at playing a keyboard instrument, go for it! Because it offers you the possibilities of exploring your works in their full sonority, since you can play several voices at the same time, which is not possible with any other instrument. For the reasons described above I always provide piano reductions along with my orchestral works in order to have a more economical alternative at hand for getting them performed (which so far did not materialize either for the time being).