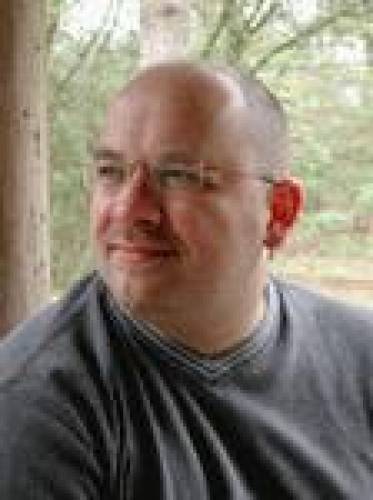 I have a degree in Creative Arts majoring in composition and music performance and I am currently the Associate Director of Music at a large Methodist Church in Houston where I specialize in Contemplative Worship. I am also trained as a Spiritual Director.

I have composed four full length musicals so far. 'Edensong' and 'Requiem for Judas - a Parable of Grace' for adults, and a two shows for Children: 'Sheep - The Musical' amd 'The Secret Lives of Nativity Sets'

Other major works include a full length Tenebrae Service for choir and soloists that had its world premier in Houston On Good Friday 2004.

Since 2006 I have adapted and expanded the Requiem portions from 'Judas' to create a full Requiem in memory of my parents, that will have its concert debut on September 11th 2009 performed by the Rice University Chorale.

I am currently writing a work for Choir, Soloists, Organ and Piano. The lyrics are based upon some of the prayers contained in the ancient celtic prayer book the Carmina Gadelica.

I have very eclectic music tastes everything from Arvo Part to the Dixie Chicks but I am an almost obsessive collector of the works of Stephen Sondheim. The majority of my recent works have been for Choir although all through college (in the U.K. and in slovakia) I was mainly writing Minimalist Instrumental works.

When I'm not composing or working, you'll probably find me either cooking or playing German Board Games!

Christmas Anthems
Love Came Down at Christmas
Come See The Mystery
Sleep Now
Here In The Manger
Oh Little Town of Bethlehem
O Little Town of Bethlehem (T.T.B.B.)
Longfellow's Carol
I Heard The Bells on Christmas Day
Zechariah's Song - the Benedictus
Starlight and Angels
Requiem
In Paradisum and Benediction
Introit and Kyrie
Dies Irae
Pie Jesu
Offertory
Sanctus
Agnus Dei (Man of Sorrows)
Benedictus
Libera Me
Choral Works
There is a Green Hill Far Away
I Heard the Voice of Jesus Say
Ave Maria
Musica Dei Donum Optimi
And This is Love
When I Survey The Wondrous Cross
The Breastplate of St. Patrick
Vast As The Ocean
And This is Love
Canticle of Zechariah
The Celtic Day
The Sun In The Morning
Better Than I Know To Ask
Seedtime and Harvest
A Herding Croon
Bless the Boat
The Music of Heaven
Grace
Handbells
David's Lament
Wondrous Love (Includes 'O Sacred Head')
Choral Introits
Be Still and Know - Psalm 46:10
Let us Go to the House of the Lord - Psalm 122:1
Tenebrae
Father Forgive
Light and Darkness
Paradise Begins Today
And This is Love (Tenebrae)
Why Do You Hide Your Face?
Romans 8:26
It Is Over Now
Broken But Beautiful (When I Survey)
The Secret Lives of Nativity Sets
A Broken Manger
Make Me A Stable
A Wiseman's Advice
The Tango of Terror
Sheep - The Musical
Waltz of the Goats
Not a Lot of Fun (Sheep in Israel)
Psalm 23
The Other Side of the Hill
It's Never Too Late
Every Lamb is Special
Worship Songs
Wings of Eagles
Works for Two PIanos
Vegetables are taking over the kitchen.
ScoreExchange.com is run and owned by ADAP Solutions Ltd. ©
Sell sheet music |
Terms | Privacy |
Contact us | Advertise | Help