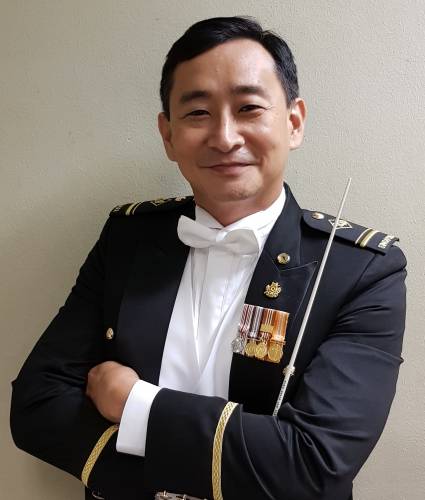 An award winning composer, Lee’s music compositions and arrangements are performed regularly at National Day Parades and state ceremonies; he was nicknamed “Singaporeosusa” for the many marches he had written. Lee was commissioned by the Ministry of Education to compose the set piece “Dare to Dream” for 2018 Singapore Youth Festival Arts Presentations for Primary school band; he also received several commissions from schools to compose anthems and other musical pieces.

Lee attended the Bandmaster Course at the Royal Military School of Music, Kneller Hall and was awarded the Best Original Fanfare Award; and Fred Mortimer's Prize for Best Overseas Student Bandmaster. Lee holds an Associate Diploma in Bandmastership from the Royal College of Music, London, a Bachelor of Music (Honours) conferred by Nanyang Academy of Fine Arts (Singapore)- Royal College of Music (London), Master in Education from the National Institute of Education-Nanyang Technological University of Singapore and a Doctorate from the American Trinity University.