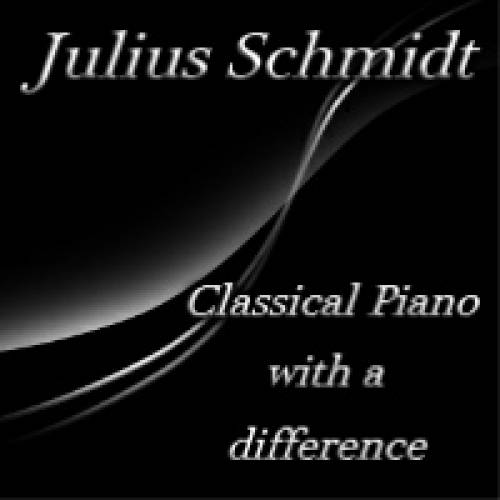 Julius Schmidt was born in 1975 in the Chicago area and began playing piano at the age of three, violin at the age of seven, viola at the age of nine, and the clarinet at the age of ten. He has played violin, viola and clarinet in many ensembles, and has appeared in numerous concerts as a pianist, violinist and clarinetist. Nonetheless, it is at the piano where he now spends the vast majority of his time and efforts.

Julius Schmidt is a pianist with a unique, emotional sound which encompasses the depth and expressive capabilities of the piano. His playing embraces a romantic sound, and is infused with emotion sorely lacking amongst many performances today.

Julius Schmidt is also a classical composer, whose style, while tonal, is considered decidedly modern, yet very different from the modern style found in contemporary classical music.

Julius Schmidt’s classical piano improvisations are true classical improvisations. They are all played spontaneously at the piano with no preparation beforehand. The various sets of improvisations vary from each other. Some are powerful, others slow and serene, some are fast, but all of them are emotionally gripping and freely flowing music.

Various recordings of his Improvisations, as well as other piano works, are also available at Itunes, Apple Music, Amazon, Spotify, Bandcamp and many other places.