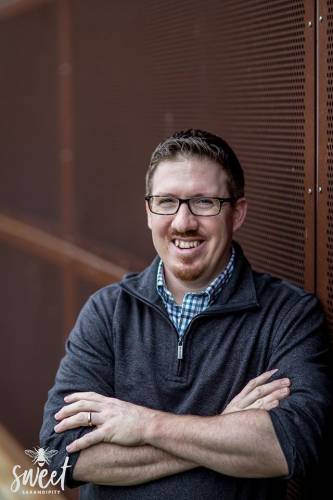 Contact Seller
Please note that you will need to sign in or register before you can contact this seller
Address:
Mr Peter Felice
peterjfelice.net
933 Timber Grove Place
Beech Grove
IN
46107
United States

PETER J. FELICE (b. 1981) is a composer of instrumental music. His style includes elements of contemporary music along with neo-classical and romantic. He has a Bachelor of Art's degree in music composition from IU Southeast where he was named the university's Most Outstanding Student in Music and graduated with distinction and a Masters Degree from Michigan State University,

A native of Lexington, Ky, Peter has been involved in various music ensembles from around the Kentuckiana Area including The University of Louisville Wind Symphony, The Derby City Brass Band, The IU Southeast Concert Band and Orchestra, and Louisville Philharmonia. He has recently served as the Solo Euphonium for the Commonwealth Brass Band before retiring the position to pursue his masters degree in Michigan. He has studied Euphonium with Brian Meixner (High Point University), John R. Jones (University of Louisville), and Christopher Bettler (United States Navy Band). He has also studied Trombone with Mildred Kemp (Indiana University Southeast) and is currently studying with Brass Band of Battle Creek member Phil Sinder (Michigan State University).

Peter currently lives in Jeffersonville, Indiana with his wife and two dogs.