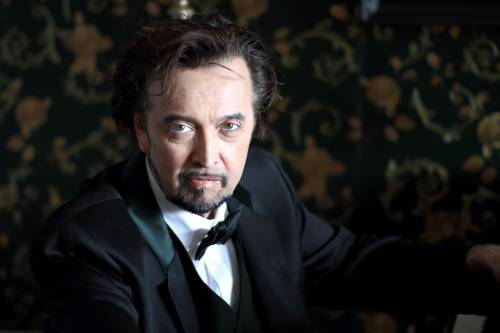 Peter Ritzen was born in the historic Flemish city of Ghent, in Belgium. He studied piano and chamber music at the Royal Conservatory there, continuing his studies at the Mozarteum in Salzburg (1981-83) with the renowned Russian pianist Tatiana Nikolayeva. He graduated with the Diplome Supérieure d'Exécution for piano from the Alfred Cortot Ecole Normale de Musique de Paris in 1984. As a concert pianist, Ritzen has appeared throughout Europe, Asia and the United States, winning particular acclaim as an interpreter of Franz Liszt and Theodor Leschetizky, with the recording for Naxos of works by the latter. His deep immersion in Chinese culture has given Ritzen, a composer of large-scale works, a whole repertoire of compositions inspired by China and Chinese traditions. Peter Ritzen possesses an unparalleled gift for free improvisation on the piano, drawing strongly and unmistakably on the great traditions of the nineteenth century. He is a recording artist for Naxos.