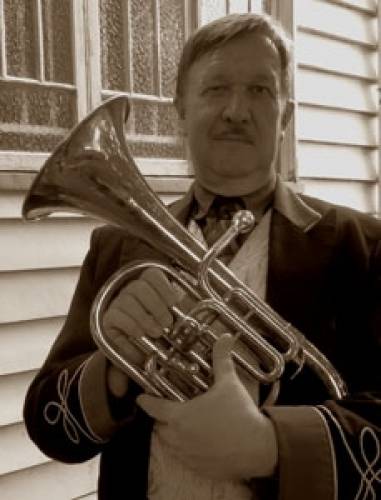 I am a french horn player from Australia. I recently undertook a project to reproduce the first professional band concert in Brisbane that took place in 1857. The original band consisted of four players on clarinet, cornet, saxtuba and trombone. We enjoyed the experience and I have reshaped the band into Professor Hummer's Quadrillionaires, a neo-Victorian, steampunk ensemble of clarinet, cornet, tenor horn and euphonium, playing new arrangements of music from the late 19th and early 20th centuries. There is a wealth of music from this period, mainly for piano, available in digitised copies from institutions such as the Library of Congress. It is my mission to bring some gems from these collections into the 21st century in new arrangements, for my own ensemble, but also for more conventional ensembles such as wind quintet, brass quintet and concert band.

If you enjoy my arrangements, let me know! If you have would like to commission a new arrangement of a piece I have listed for a different ensemble, or a new piece altogether, please contact me.