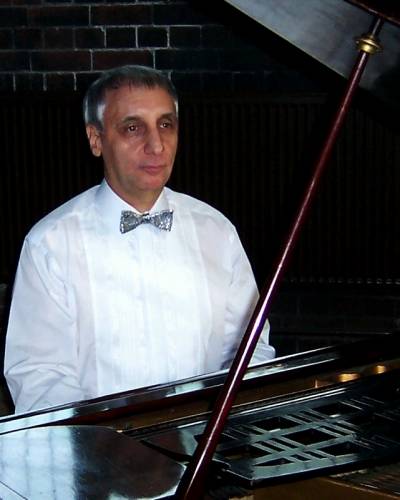 Vic Carnall was born in England, UK. / After secondary school, he continued his studies at the University of London/St. Mary's College of Education, England, UK (B.Ed. (Hons.) in French, Physical Education, and Secondary Education/1974), which included additional courses of study and teaching in both Paris, France (1971), and Geneva, Switzerland (1971-72). After graduation from the University of London, there followed three years of post-graduate study and teaching at the University of Maryland, USA (M.A. in French/1976). / Vic then returned to England, where he taught Modern Languages for the next twenty-five years. / He is now very happily retired, spending much of his time in the continuance of his language and literature studies (French, mainly, plus some Spanish and Latin), and, in addition, composing and playing as much music as possible. Please, note that Vic, for the most part, is an autodidact, both in the field of music composition and arranging, and in regard to the instruments that he has played at concert/recital level (violin/viola/piano/electronic keyboards/B-flat trumpet/electric guitar), and, consequently, has been fortunate enough never to have suffered the tortures and embarrassments of a single private lesson! As a performer, Vic has played in concerts and recitals in many countries, including the UK, France, Germany, Austria, Switzerland, Italy, the Czech Republic, and the USA. / Vic is the Founder and current Chairperson of "VJ Concerts", a not-for-profit group which, always with the intention of raising funds for various charitable concerns, (co-)organizes and/or (co-)sponsors free-to-enter recitals and concerts, in order to promote the performance of music of all genres and at all levels of ability.