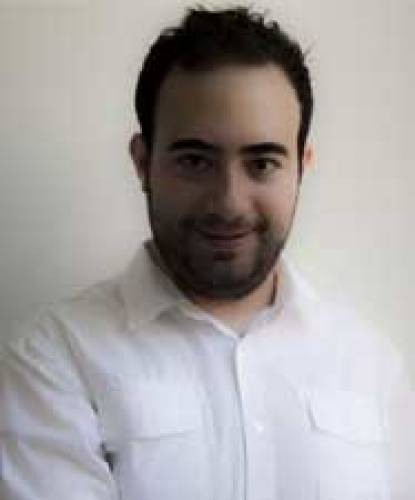 Xavier Zamorano Alós was born in Moncada (Valencia) in 1987. He graduated in Teaching in Primary Education, Music and English and Diploma in Technical Engineering in Industrial Design from the UCH-CEU. He has also studied Composition at the Joaquín Rodrigo Superior Conservatory of Music in Valencia. He is currently a music professor at the CEU San Pablo School and an associate professor at the Cardenal Herrera University.

As a musician he stands out for the scholarship he received in 2004 to attend the summer seminar "Sierra del Este Piano Seminar" in Mammoth Lakes, California (USA) where he participated in classes by outstanding pianists: Paulina Zamora, John Milbauer, Lise Frank and Rebecca Penneys. It also highlights his participation in 2009 at the Midwest Clinic in Chicago Illinois (USA) or the recording of the symphony No. 41 by Derek Bourgeois.

In the field of composition, his works are in Branfor and the Jove Music Workshop and he has received classes from renowned composers such as Saül Gómez Soler and James Barnes.

He has received different commissions such as the composition of a Moor march for the captaincy of Torrente in 2015, a concertino for timbal of the University San Pablo in Lima in 2009, a song for the National Congress of Rare Diseases 2017, a commemorative pasodoble for Valencia CF, in 2018 among others. He has also received commissions from prestigious musicians such as Juan José Munera Balaguer.

He has received different awards such as the Bronze medal at the Global Music Awards in 2015 for his work Crusoe. He has also been a finalist on three occasions in the first three International Jove Music Composition Contests with his works Medieval Crown, Blue Overture and Caveman. Also in his teaching role has been finalists in the II Children's School Awards with his project Musical Sensibilization.

Since 2017 he is a member of the COSICOVA Composers Association. Currently, he focuses his career on music teaching as well as on the composition of symphonic music and music for the audiovisual sector.

His music has been performed in Portugal, Germany, USA, Peru, Venezuela, Costa Rica, Italy, Sweden, Brazil, and Spain among other countries.