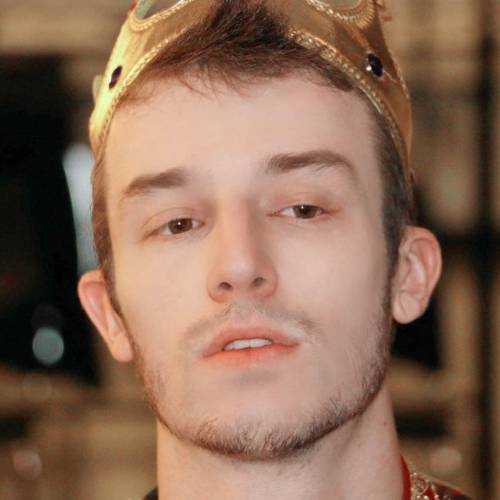 Adriano Carrijo, brazilian, begin begin violin lessons when was 11 years old. He took violin lessons with Lucas Oliveira, Marcos Oliveira and Lauane Mendes. In 2010 he formed a string quartet and piano, having made dozens of arrangements for the group's performance. In the same year he participated in the International Festival Carlos Gomes in Campinas (SP), where the festival orchestra conductor had the French bass Tibo Delor and lessons with the argentine violinist Pablo Grosman. In 2014 he joined the UNASP-EC (University Adventist), where he studied degree in music for five semesters and was head suit of the second violin in University Adventist Orchestra , he participated in the VII and IX Orchestras Conference of PUC-Campinas , performed several scholarly works as the Triumphal Hymn of J. Brahms with baton of conductor Flavio Garcia, the first part of the oratorio "Messiah" by Handel and the oratorio "Les sept paroles du Christ "by Théodore Dubois. In 2015 he ran the college extension project called "Classics" as a music producer and participated in the workshop made by Leo Gandelman and produced arrangements for the Symphony Orchestra of Franca concert "Música Volver!". In 2016 he gave private lessons in violin and music theory, participated as a listener in the Sala São Paulo's Masterclass Regency made by Robert Spano, and attended several concerts at Sala São Paulo itself. Produced arrangements for the Youth Orchestra of Franca concert "Essa Turminha É Musical" and the Symphony Orchestra of Franca concert "On Broadway". He currently lives in São Paulo, is a violinist of Santo Amaro Philharmonic Orchestra and violinist and arranger of the Symphony Orchestra of Franca.