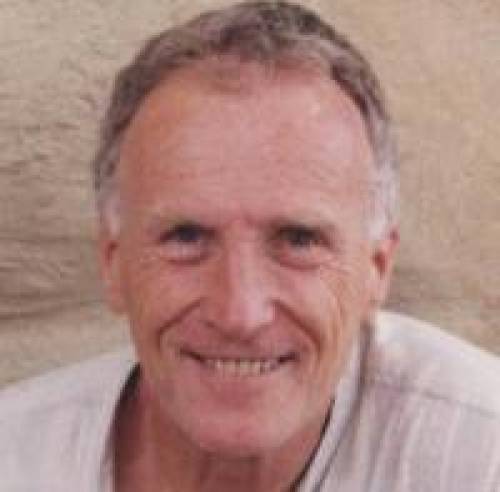 Contact Seller
Please note that you will need to sign in or register before you can contact this seller
Address:
Alain Jacques
The Gentle Way
22 Stanley Ave
Eltham
VIC
3095
Australia

French born I have migrated to Australia in 1989 and set to music 72 poems from French Literature in the years 1993-2003 without realising many had already been set to music by such composers as Claude Debussy, Gabriel Fauré, Charles Gounod or Henri Duparc.

I just wanted to sing French Art Songs but not in the XIX century style; I was inspired by the French poetry set to music by the popular song-writer Georges Brassens. I had discovered the Oxford Book of French Verses where I found many poems that I loved.

My perspective, which is reminiscent of the minstrels and troubadours of old, is that the singer and the melody are to serve the poem –as the poem is also serving a higher perspective. Being just a melodist, not a musician properly speaking, I could not do the reverse –using the poem for my own musical creativity.

The melodies I offer are simple and, to my ears and my heart, serve well the poems in their humility. They are like folk-songs in their simplicity and naivety, except maybe for their rhythm or metric structure: their flexible signature adapts to the poem, at times offering composite patterns of 5/4, 15/8, 7/4, 11/4 or even 13/4.

After I had written a few melodies I happen to meet, in 1995, a great singing teacher: Jacques Pottier; former tenor from Paris Opera he was then teaching at Melbourne University his remarkable singing technique; as I started to take private lessons with him, he discovered my songs and wanted me to sing only my own songs that he loved immediately. This encouraged me to write more and more songs, rewarded by his appreciation, which gradually over the years reached 6 dozens.

After 3 years I realised that my songs would be better served if I let him sing them –which he was delighted to do. As we found some good guitarists to play the accompaniment we could start recording: a first album of 4 songs was recorded in 2002 with James Cannon on the guitar and a second album of 12 songs in 2006 with Melchior Martin on the guitar. The first album was sent to some musicians in France, and it received the praise of the famous French conductor Paul Ethuin (1924-2011) – who, by the way, asked where I had learned composition! Four albums of French poetry were gradually published on iTunes over the subsequent years. And a few songs, sung by Jacques Pottier, are on YouTube.

Recently, in 2012, I found a young talented musician in Melbourne, Ashley Meliki Shoup who provided piano arrangements for 54 of my songs. Thanks to her contribution I am so happy to share my melodies (with better clothes) on Score Exchange. I hope to give singers as much enjoyment and appreciation for French poetry as I have.

The problem I have is about classification: The genre of my songs is close to Folk song, also to Popular song, but because it is poetry set to music it relates more to Art Songs which is Classical Music. In truth it should be Mélodies (in French ‘mélodies’ is another name for ‘chansons poétiques’ –art songs, or lieder in German). I offer all my apologies if this may have misled some people.

Thank you for your understanding and appreciation.

P.S. I have also provided an English translation in the info of the Sib file, and often I was able to create a bilingual singable rendition.

P.S. Also I am gathering a kind of compendium of French Art Songs: it gives, for the lovers of French poetry, the possibility of comparing the various settings of a same poem by other composers.

P.S. I have realised now, in 2015, that so many people have tried to set to music French poetry, some times more than a hundred for just one single poem! This movement reached a maximum during the period from the end of the 19th century to the First World War. The romantic period gave in France an explosion of poetry which, like a field of poppies, bloomed into songs. So the task of gathering a compendium of French Art Song goes far beyond my ability: I will only transcribe a few more and then stop; in the doing it I have learned a lot about the difference between melodies and their accompaniments in serving the singer and the poem. May you all see the beauty of simplicity and spaciousness in art songs, which I would call heart songs.