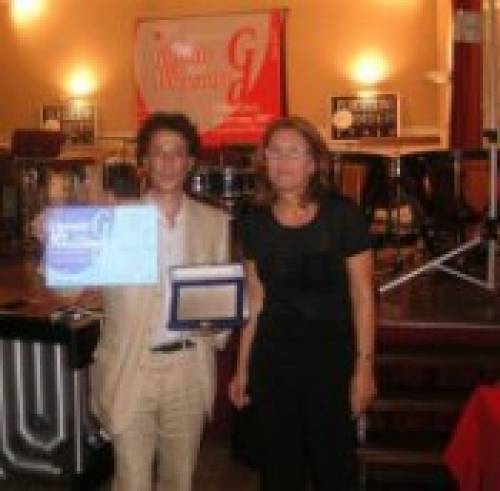 Probably he has began his own music-sound experience still in prenatal condition, as well as who does music sincerely (he thinks so). Nevertheless, a long music "Curriculum Studiorum" (graduate at Conservatoire of Music of Rome "S.Cecilia" in "Experimental School of Composition"- 1989 and graduate in a few other musical disciplines as well as Electronic Music - 1985) and a multi-faces artistic working, which concretely begins, without never stop it, once 1979 and which space out in various music composition fields (contemporary opera; electronic music and instrumental and vocal experimental music; chamber, orchestral and choral music), as well as in the music interpretation and exegesis field (contemporary works performance and "mise en scene" as well as "Kontakte" by Stockhausen), rather a few composers interviews (Grisey, Rihm, Clementi and others) and dedicated writings to contemporary music ( Schoenberg; Venice Biennale Musica and many others), and, finally, a long and intense teaching activity in many Italian Conservatoire of Music, bring him (in 2000 public competed) to be appointed Professor of "Harmony, Counterpoint, Fugue and Composition" by Italian "Educational University and Research Ministry" (http://www.afam.miur.it ). From 1992 to today he has teaching in many Italian Music Conservatoire of Music and, actually, he is Professor of Harmony Counterpoint Fugue and Composition at Conservatoire of Music "S. Pietro a Majella" of Napoli. On the level of the his own expressive evolution, he thinks particularly incisive his music theater (Opera) intense experience, as well as composer and art director of the "Poiein Artistic Research Group" (1979-1990), with a several operas production performed in Italy and abroad, amongst which: Nous (1982/87), Metapherein (1983/86), Endon (1987/88), Prologo a Ljub-Ljub (1988), Pour Poe (1990) and others. For his composition "Dedans" (for Guitar, Vibraphone, Cello and 2 Percussionists), in 2006 he has won the absolute first prize at International Competition of Composition by Percussive Arts Society PAS-Italy and, in 2007, he has been rewarded by SIAE.