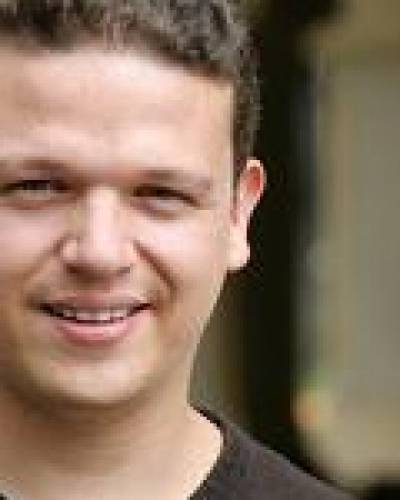 Winner of Mexico�s Mozart medal (1996), Arturo Rodr�guez is an established composer of film and concert music, and a frequent guest conductor in orchestras around the world. He has been commissioned to write music for The Kennedy Center Imagination Celebration of Fort Worth, The Honorary Consulate of Malaysia in Monterrey, Mexico, CONARTE, The Southeastern Festival of Song, The San Francisco Song Festival, UNAC/Monterrey, Orquesta Sinf�nica de la UANL, Philharmonic Orchestra of the Americas, ProArte Chamber Orchestra, and Langley Wind Symphony, among others.

Rodr�guez recently completed his first feature-length film score for the Mexican production �Cuando las Cosas Suceden.� This soundtrack, conducted by Rodr�guez and performed by the Slovak National Symphony Orchestra, and his first album release, �From Earth to Mars: A Symphonic Journey,� performed by The New Millennium Philharmonic and recorded in Indianapolis, Indiana, are available on the internet.

His musical studies initiated in Monterrey, Mexico at UANL�s Music School and continued at the National Music Conservatory of Mexico, Texas Christian University�s School of Music and the School of Music at Butler University. He has been a selected participant for the ASCAP Film Scoring Workshop in Hollywood (2003), the ASPEN Film Scoring Workshop (2001) and the 11th NYU Composer�s Seminar (2003).