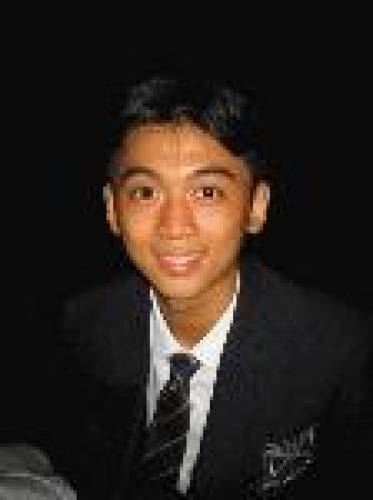 Benjamin Yeo is a Singaporean born on November 30, 1985. His music education started at the age of 7 and he played the trumpet in his Secondary School and Junior College. Being very active in the local band scene, he has guest-performed for many tertiary groups as well as guest-conducted many ensembles in Singapore. His experience in band directing has enabled him to work with students across a wide spectrum of educational institutions – from Primary to Tertiary levels. As a band enthusiast, he started writing and arranging music for wind bands and ensembles at the age of 15, and his works have also been performed publicly in local and overseas concerts. Benjamin has also been invited to serve as an adjudicator for events such as the Junior Band Festival in Singapore.

Many of his music has been recorded by the renowned Washington Winds in the United States of America. In 2007, his debut work, “Beyond the Highlands” was selected to be on the “New Band Music Reading List” at the prestigious Midwest Clinic, an International Band and Orchestra Conference held in Chicago, Illinois. The following year, his second work, “Legend of the Ancient Hero” was ranked the Top 100 out of the 800 over titles in the American Band College/Band World Magazine/Western International Band Clinic Literature List 2008-2009. His compositions have also taken places on both the International and National Festival/Contest list such as the Bi-annual Singapore Youth Festival Central Judging for Brass/Concert Bands held locally. As an active composer, he writes for both commissioned and non-commissioned works. He is also a member of the Composers and Authors Society of Singapore (COMPASS).

Benjamin also joined the Singapore Armed Forces Bands during his National Service where he continued his musical training. Currently, he is studying Music and Education at the National Institute of Education, Nanyang Technological University. He also serves as the Resident Conductor of the Saints Alumni Band, Singapore.