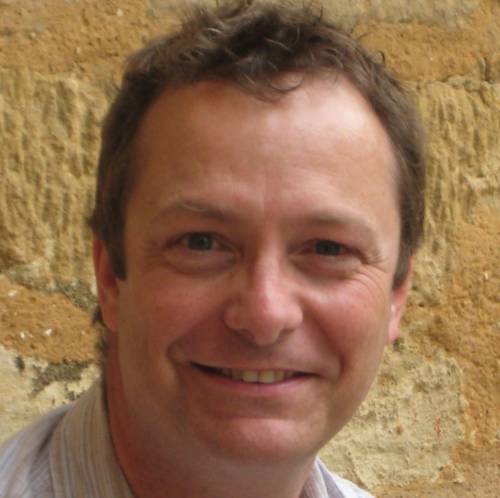 He studied music at the University of Exeter, where his teachers included Anthony Powers.

Following graduation, he spent a year as musician-in-residence at the St Christopher School, Letchworth. This resulted in his incidental music to the multi-media work, 'Whale Nation', after Heathcote Williams's eponymous best-selling poem. The work was performed to much acclaim in an augmented version at the Glastonbury International Festival of Contemporary Dance in 1989.

His first orchestral work, 'Long Screams. Dark Voices. Swift Weapons'. was premiered in 1992. Other works include 'Music for the Light Grinder' (for 10-piece brass ensemble), 'starferrysong' for string quartet (premiered at the Old Isleworth Festival), 'sad queen in royal palace' (premiered at the Dartington International Summer School by The Composers Ensemble and Thomas Adès), 'Lullay Myn Lykyng' for unaccompanied SATB choir, 'There Is No Rose' for SATB choir and organ, and a number of occasional piano pieces.

As a trumpeter (with the English Brass Group and Brass on Draught!), he has had cause to make a number of arrangements for brass ensemble over the years. Some of these can be found on this page, in addition to a selection of his own compositions. He has also prepared performing editions of a number of unpublished works by Yorkshire composer and pianist William Baines (1899-1922). These can also be found on this page and is regularly added to.