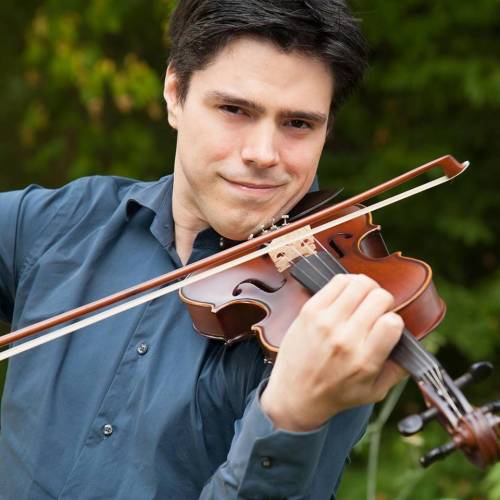 Puertorrican-born violinist and composer Cesar Aviles began his music studies at the age of 14.

He studied film music orchestration with Scott Smalley and film music composition with Ben Newhouse at Berklee. His concert compositions have been performed in Puerto Rico, United States, Peru, and London.

As a violinist he has performed with every major ensemble in Puerto Rico and the state of New Mexico in the United States.

Cesar has performed under the baton of great maestros like Valery Gergiev, Guillermo Figueroa, Carlos Prieto, Benjamin Zander, among others. In 2010 he played at Carnegie Hall and accompanied one of his favorite soloists, Joshua Bell.

Throughout his career, Cesar has toured with professional orchestras and perform all over the world. He is working on a quest to visit 50 countries and experience the world’s top 20 orchestras live.