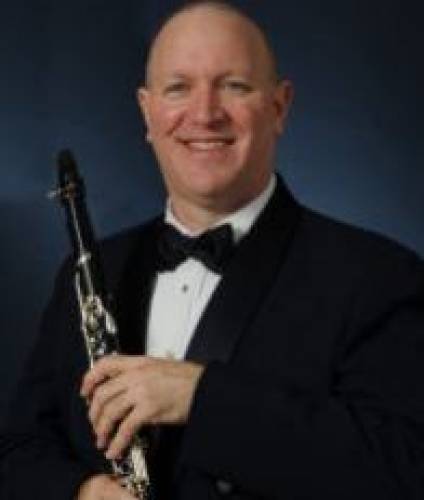 Mark studied at Southern Methodist University in Dallas, Texas, where he earned his Bachelor's degree in Music. He has studied with Steve Girko, former Principal Clarinetist with the Dallas Symphony, and Dr. James Gillespie, Retired University Regents Professor of Clarinet at the University of North Texas. He has performed with the San Francisco Symphony, the Los Angeles Philharmonic, and for many world leaders in 46 states and over 35 countries throughout Europe, northern Africa, Asia, and the Middle East.

Mark works hard on improving his skills in photography and composition. He is a graduate of the New York Institute of Photography and has completed two Sibelius arranging seminars at the Music Technology Retreat in Carson, WA. His unique arrangements have garnered national recognition, including performances on the syndicated radio program "Fresh Air," and the National Flute Association, where he won the "Newly Published Music Competition" award for a woodwind quintet arrangement in 2016. His music has been performed in all of the Air Force Bands, including the U.S. Air Force Premier Band in Washington D.C. and the U.S. Air Force Academy Band in Colorado Springs, as well as other service bands, throughout the United States, Europe, Northern Africa, and Asia.

In August 2019, Mark began graduate studies at the University of North Texas. He is currently pursuing a Master's of Library Science Degree in Music Librarianship. He plans to graduate in May 2022 and begin work as a music librarian; he will also continue performing clarinet, and writing and publishing musical arrangements. He currently has over 130 musical arrangements published on ALRY, SMP Press, and Score Exchange.