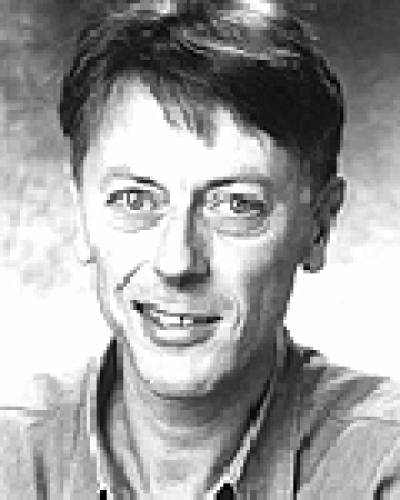 I'm primarily a choreographer/dancer, Artistic Director of "Run For Your Life!…it's a dance company!". I have written some scores for my own dance works and other choreographers' dance works, as well as stand-alone (i.e. not choreographic) works and songs. I wish choreographing were not so incredibly time-consuming, so I could get more of my music Scorch-able.

Aside from a year of composition at U.C. Berkeley, I studied with Steve Reich when I was a teenager – *long* before he was famous. So long before, in fact, that he wasn't yet writing minimalism at that time. Otherwise, I'm self-taught.

Anyone with half an ear will judge for himself what the influences are on my music. Of course, there's all kinds of music I love which has not yet (as far as I can tell) shown up as an influence on my music. I like music of many, many genres, including much non-Western music, especially Indian and Indonesian. I think that, ever since Debussy, a composer with a traditional background and education must ask himself whether he is a "Western" composer or a "World" composer. I would very much like to be a "World" composer, but so far, despite influences of Balinese music, my techniques in my serious pieces are very much Western classical and old-fashioned modernist (pre-minimalist and pre-post-modernist – what a great name for a genre!)