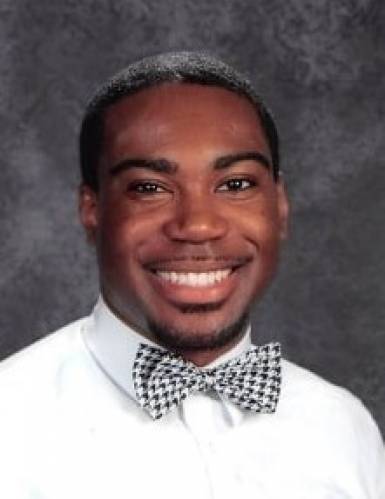 Geoffrey A. Carter was born and raised in South Bend, In. Geoffrey has always exhibited a love for music, but little did he know he would be composing his own arrangements of some of the most famous spirituals, hymns, and musical theater compositions. Carter's thrill for music began to really flourish when he attended Blue Lake Fine Arts Camp in Michigan. His session performed "I Dream a World", arranged by his favorite and most admired choral arranger, Andre Thomas. Carter will tell you, the primary reason for his involvement with music is Andre Thomas.

While in high school, Carter served as Tenor Section leader, Choir Librarian, and Choir President for two terms. He served as student conductor for a year. He has received numerous awards for outstanding leadership and performance in music. Also he has participated in such competition organizations as ISSMA and NATS. Finally, Carter has performed with Dr. Wishart Bell, Dr. Steve Zegree, and Dr. Tsung Yeh, and the University of Notre Dame Chorale, South Bend, Symphonic Choir, and Indiana University of South Bend Chorale.

It is our hope that you enjoy the music of Geoffrey Carter and support him in his efforts!

Ev’ry Time I Feel the Spirit
My other music
Abide with Me (Fast falls the Eventide)
At the Cross
Give me a Clean Heart
Love is Kind
Love is Kind (I Corinthians 13)
The Lord’s Prayer
ScoreExchange.com is run and owned by ADAP Solutions Ltd. ©
Sell sheet music |
Terms | Privacy |
Contact us | Advertise | Help