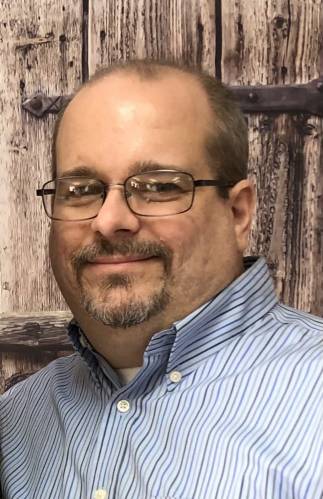 The Story Behind the "New Life Hymns" Series:

In 2000, I had written a piano accompaniment for which I could not seem to write any lyrics, no matter what theme I tried to write about. Then as we sang the old hymn "I Will Sing the Wondrous Story" one Sunday in worship, I noticed how unenthusiastically people seemed to be singing those lyrics. I wondered how differently people would sing that hymn if they realized the power of those well-crafted lyrics. Suddenly I realized how the lyrics could be adapted to the new melody and piano accompaniment I had written. When I was done, a completely new worship song had been born out of the beauty and power of hymn lyrics that had long been taken for granted.

After that first hymn-turned-worship-song was complete, I started looking through the hymnal for more lyrics that had lost their impact over years and years of singing or perhaps that had fallen out of common usage. My second "New Life Hymn" was a merging of 2 hymns into 1, "This Is My Father's World" with "I Sing the Mighty Power of God." After sharing it with a colleague, I was asked to do another one. The third "New Life Hymn" turned out to be "There's a Wideness in God's Mercy" with the chorus of "He Is Able to Deliver Thee." I had never heard either of these hymns sung in all my days growing up in the church, but the power of the lyrics just overwhelmed me upon reading them. All 3 of these first "New Life Hymns" were written between 2000 & 2004.

After several years of finding little time to write music, I was asked by the pastor I worked with to find the music to and sing "An Evening Prayer (Dear Lord, Forgive)." When I finally found it, I struggled for a while trying to learn the melody that did not fit today's typical patterns and chord progressions. So in an effort to at least bring the lyrics to a worship service quickly, I smoothed out the melody line and rewrote the last verse as a new chorus.

I had the "New Life Hymns" itch again! I felt even more compelled to find "a new old hymn" to rewrite into a contemporary worship song following a conversation with a colleague about how the music to some hymns of the "gospel song era" of the late 19th & early 20th centuries didn't really match the tone of the lyrics. The lyrics could be so deep and even dark, yet the music was so bouncy and happy. I wanted to try to repackage a hymn with such a powerful message in music that would more accurately portray the emotion of the lyrics. I found my 5th "New Life Hymn" in the lyrics of "Love Lifted Me." Many churches still sing this song in weekly worship, so I wanted to be sure to do it justice and give a little nod to the original tune that might make it easier to catch onto.

Instrumental
Softly, as the Midnight Tide
New Life Hymns
Dear Lord, Forgive (An Evening Prayer)
I Will Sing the Wondrous Story
Love Lifted Me
There’s a Wideness in God’s Mercy (with He Is Able to Deliver Thee)
This Is My Father’s World (with I Sing the Mighty Power of God)
Worship Songs
Draw Us to Your Altar
You Are a Shield About Me
Choral
Gloria Patri
Uncategorized music
ScoreExchange.com is operated by ADAP Solutions Ltd. ©
Sell sheet music |
Terms | Privacy |
Contact us | Blog |
Advertise | Help