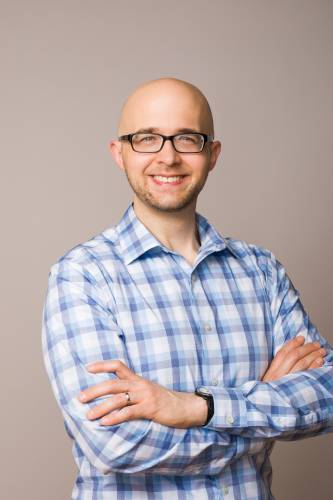 Julian began his musical career at the piano, winning several awards while studying with Sonja Rummel, Sigrid Luther, and David Brunell. He is currently pursuing a DMA in choral conducting at the University of Kentucky under the guidance of Jefferson Johnson and Lori Hetzel, where he has taught courses in choral methods and conducting, served as assistant conductor for the UK Chorale and Choristers, and accompanied recitals and concerts throughout the department. From 2005 to 2011, Julian taught musicians at the Randolph School of Huntsville, AL and has accompanied community, regional, and state music events including Alabama and Kentucky All-State Choirs. He has served as musical director for productions including Carmen, The Mikado, Oliver, Urinetown, Joseph and the Amazing Technicolor Dreamcoat, and The 25th Annual Putnam County Spelling Bee.

pressing instincts (for three mallet percussionists)
pressing instincts: i. play
pressing instincts: ii. grow
pressing instincts: iii. busy
New Editions of Old Classics
Herbstlied, Op. 43, No. 2
O magnum mysterium
The Dove and the Maple Tree; Op. 32, No. 6
Arrangements
Joyful, Joyful, We Adore Thee
Every Hour
Classical Vocal/Choral
The Bells
Lamento d'Arianna
Revive Us Again
Never Handle Firearms Carelessly (Mezzo-Soprano/High Version, also for Tenor)
Never Handle Firearms Carelessly (Counter-Tenor/Medium Version, also for Alto/Baritone)
Hymns and Hymntunes
HAWTHORNE (In the Cross of Christ I Glory)
Contemporary Christian
If
What Can I Say?
What For?
R.S.V.P.
Destiny
I Cry for You
Lead Me, Lord
Artist of the Unknown
You Made
Need.
An Outlier (Rescue Me from the Averages)
Instrumental Chamber Music
Rag for Two Marimbas and Two Xylophonists
The Bridge from "Vancouver: for string quartet"
In the Shadow of Agony . . .
Quibbles and Quirks
Conflictions
Numbers
Sonata for Trumpet and Piano