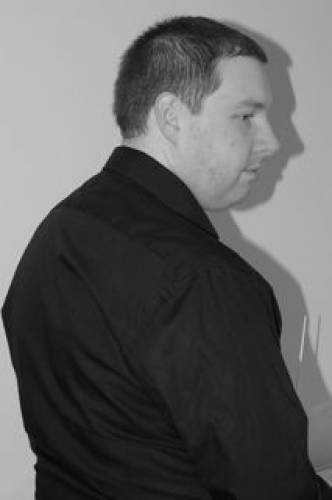 Born on the 6th July 1983 in Doncaster, and raised in nearby Kirk Sandall in South Yorkshire with his younger sister. Music always ran in the family from his great great grandfather as a military band leader.

He went to a small village junior school which very much feed the musical talent that was becoming more evident. It was here he learnt to play classical guitar, and Keyboard, and later progressed to Bass Guitar and playing with the Orchestra.

He then went to Hungerhill Secondary school where he excelled and very much enjoyed the musical activities. Here he played with the stage band, helped to run the Choir, and played at numerous occasions, concerts and musicals. It was along this time he learnt to play electric guitar, electronic organ and showed great interest in piano playing.

He left the school and went to the High Melton site of Doncaster College where he studied to gain a Btec in performing arts with music. It is here where he really learnt his craft. During this time he also gained TV credits for BBC's Look North and ITV's Calendar.

At this time he was the musical director for the Carr-nival Academy of Theatre Skills, and helped produce numerous children's theatre productions, and started to play gigs within a jazz context with lecturers'.

At the age of 18 he left and joined Leeds College of music to embark upon gaining a Degree, he achieved this by studying for the four year B.Mus (Hons) in jazz and contemporary music course. He successfully managed to fill all the gaps in knowledge here and learnt how to live away from home at the same time.

In 2005 he joined in partnership with friends to setup a semi-professional digital recording studio: KKJ-Studios. He has moved on from this venture since this date, however the company is still going and is based in Leeds.

For his degree he wrote 35 minutes of original composition, and a 7000 word Dissertation along with a 35 minute public recital.

In July 2006 he completed a PGCE course in Secondary Education (Music) at The University of Leeds. He has been working in a secondary school in Hertfordshire for the past 4 years and during this time has worked as a Head of Department and has expanded to developing and teaching Technical Theatre and Music Technology. In 2010 the most recent venture at the school is as the Learning Technologies' Technician, developing and providing support for staff on a whole school level with utilising technology within their teaching.

Since 2012 he has been teaching piano and theory privately in a dedicated music studio at home. In 2016 a small recording studio was added to the systems available to students.

He lives in Hertfordshire with his wife and 2 children.