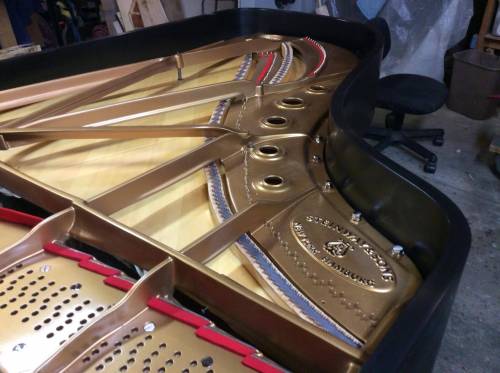 I finally purchased a current volume of Sibelius. I got older and technology got more difficult. But I am still here. Say hello if you wish. coppellfilm@gmail.com

Around 1996 I formed a funk band for a community event for the grand opening of a Farmer's Market. The gig went quite well, but I learned that I needed to write for horns. I bought Sibelius thinking I would write a few horn parts and that would be that. Boy was I wrong! I talked to others in the chat room, "How do I learn to write for horns?" The answer, "First you have to write for strings."

So I learned how to write for strings. Then I added horns. Then I started reading books. Then I wrote for wind ensemble. Etc. Etc., until I wrote a film score. Then it became apparent that I was NEVER going to be able to write as well as those MANY composers who have dedicated their lives to becoming Master composers.

But in spite of my lack of experience and formal education, those very same composers encouraged me. In fact, before this page was reformatted to focus on sales, my charts were often ranked in the top ten in the Latin and jazz categories! The results of my work during that period are shown below. Some are good; others are not so good. But taken together, I am much further along than when I was playing in that funk band. Did I mention it rained that day? Yes, it was miserable. We were under a tent but we were standing on plywood on top of mud and straw with cords running everywhere at our feet. We are lucky we are still alive. lol. We are all lucky, right?