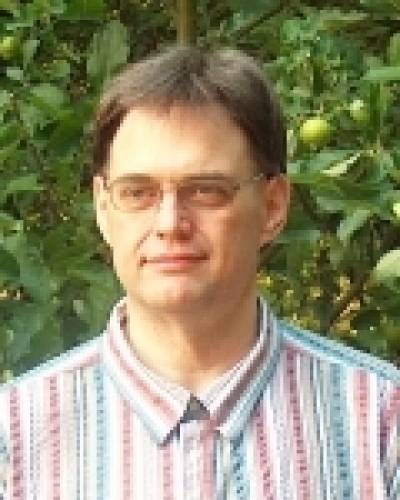 Kevin Hill was born in 1962 and studied viola and piano at the Royal College of Music. In 1984 he joined the Halle Orchestra, playing viola for a year. Since then he has appeared regularly with many orchestras including the London Philharmonic, Bournemouth Symphony Orchestra, Ulster Orchestra and Royal Scottish National Orchestra and has appeared as guest-principal viola with the Orchestra of St. John's Smith Square and for a number of years with the orchestra of London City Ballet.

He completed a post-graduate course at the Royal College of Music in 1988, having been awarded the RCM Conducting Scholarship, studying with Norman Del Mar. He has conducted the English Northern Philharmonia, Young Musicians' Symphony Orchestra (YMSO), Merseyside Youth Orchestra, also the Edinburgh University Chamber Orchestra on a highly successful concert tour of the Republic of Ireland. From 1984 he regularly conducted rehearsals for the YMSO and acted as off-stage conductor for performances of Mahler's Symphony No. 3 and Strauss' Alpine Symphony, at London's Royal Festival Hall. He prepared YMSO for concerts and tours conducted by Serge Baudo and Lord Menuhin. Following one of his concerts with YMSO and Beckenham Chorale, The Kentish Times commented "It (YMSO) played well. Credit for this must go to Kevin Hill, whose clear and restrained direction was admirable" whilst the Beckenham and Penge Advertiser noted Mr. Hill's tempi were well chosen, the music was kept alive and such moments as the full entry at "Gladness and Joy Everlasting (Brahms' Requiem) were truly memorable".

Kevin Hill was selected to participate in the Leeds Conductors' Competition (1986), the European Conductors' Seminar (1987) and made his debut on BBC Radio 3 conducting the BBC Philharmonic Orchestra. In 1988 he was a finalist in the British Reserve Conducting Competition and made his conducting debut at St. John's Smith Square. Among the premiere performances conducted by Kevin Hill are two neglected works by Delius - Five Settings from Tennyson's "Maud" for tenor and orchestra (world premiere) and Poem of Life and Love (first public performance): "Hill's credentials as one-time pupil of Norman Del Mar became inspiringly manifest" The Delius Society Journal.

His compositions include Euphonium Concerto for euphonium and orchestra (Prima Vista Musikk), Reflections for saxophone and piano (Emerson Edition) "It is rewarding to play…there is a real individuality about this piece…worth buying" - Music Teacher), Quintet, for saxophone and string quartet, Concerto for trumpet and string orchestra and Momentum for 8 cellos (Comus Edition), Four Pieces for Organ (Animus) "It is pleasing to recognise old-fashioned craftsmanship - more from this pen, please" - Organists' Review), "The composer's wide musical experience is reflected in the varied nature of the music, and the skill with which it is written for the organ" - Church Music Quarterly), Sinfonia 10, an orchestral arrangement of 6 Songs Without Words by Mendelssohn (Goodmusic) and 5 Pieces for Clarinet and Piano (Nymet Music). In January 2001, Momentum was given its first performance by the cello section of the Royal Liverpool Philharmonic Orchestra.

Kevin Hill has been conductor of Haverhill Sinfonia since its inaugural concert in November 1986. He is Music Director of Arnold Sinfonia. In June 2000 he was awarded the MBE, for services to Music, in The Queen's Birthday Honours.