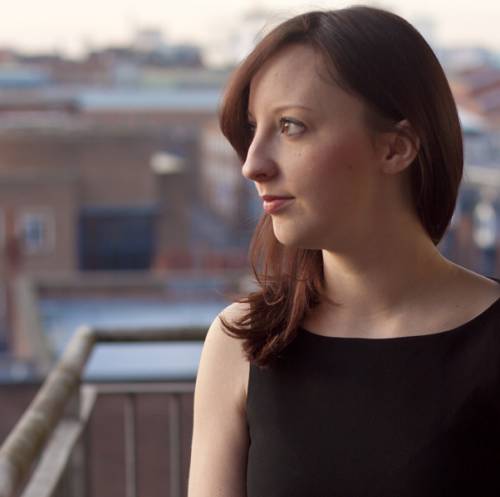 Kirsty Devaney (b.1990) is a British composer currently studying with Joe Cutler and Howard Skempton at Birmingham Conservatoire. Kirsty is only at the start of her professional career but has already gained recognition for her work. In 2011 she was nominated and shortlisted for a British Composer Award for her piece 'Hadal Zone' written for CoMA London.

Although Kirsty specialised in writing music for amateur and young performer, she has had opportunities to work with professional ensembles and performers such as members of the WNO (Welsh National Opera), Orkest de ereprijs, Chris Redgate, CHROMA and many more. Her next projects include writing for Orchestra of the Swan, the Thallein Ensemble, Sarah Watts, CoMA and BCMG (Birmingham Contemporary Music Group).

A confident and inventive orchestrator and arranger, Kirsty has sold many arrangements online and had them performed all over the world at music festivals by ensembles such as CHROMA. She has also been involved in re-orchestrating Mark-Anthony Turnage’s ‘Blood on the Floor’ for Orkest de ereprijs. Kirsty also plays a key role as an orchestrator and administrator for Birmingham’s annual event 'The 48 Hour Musical'.

Kirsty takes an active interest in promoting new music and musical education and is currently working with BCMG on their ‘Imagine Compose’ project.