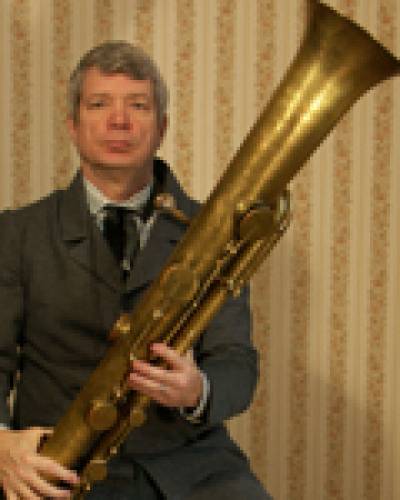 Back in 'pre-historic' times I started college majoring in music, but became disenchanted with the emphasis on performance rather that what interested me - arranging. So I moved on and completed a career in Juvenile Justice. Since retiring from public service, I can now pursue my interests which include computer programming, WEB design and music engraving/arranging.

I also continue to play bass trombone, euphonium and tuba in local community bands, string bass in pit orchestras, saxhorn in the Wildcat Regiment Band, and ophicleide in the Indiana Brass Band.