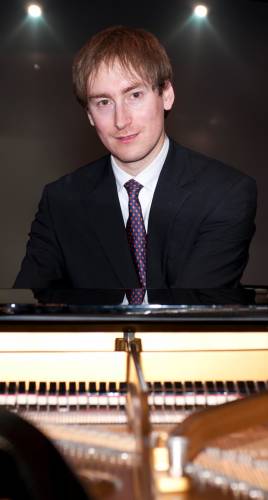 Contact Seller
Please note that you will need to sign in or register before you can contact this seller
Address:
Mr Lloyd Buck
10 Valley Road
Glossop
Derbyshire
SK136YN
United Kingdom

Lloyd studied piano at the Royal College of Music in London, and later at the Royal Northern College of Music in Manchester, where he graduated with distinction under the tutorledge of Paul Janes. He has performed at many prestigious venues including St Martin in the Fields and St James' Piccadilly in London, the Colston Hall and St George’s Brandon Hill in Bristol, and the Symphony Hall in Birmingham.

He recorded his debut CD of piano music by Bortkiewicz in 2008 with Amemptos Music to great critical acclaim, and has recently recorded a disc of solo piano music by Alkan, whilst includes two premiere recordings, one of which being the legendary 'Scherzo Focoso', thought for many years to be virtually unplayable.

As a composer, Lloyd writes in a tonal style and has been influenced by composers from the Italian Renaissance to the late romantics. He firmly believes in writing music that appeals to audiences, in which melody and harmony are essential components. In 2010 his setting of 'Dixit Maria' for a capella choir was professionally recorded for release on Amemptos Music's 'Excelsior' CD, and has met great critical acclaim.

In addition to his original compositions, Lloyd frequently makes arrangements of orchestral music for solo piano, many of which can be found on this website, including his complete transcription of Vivaldi's 'Four Seasons'.