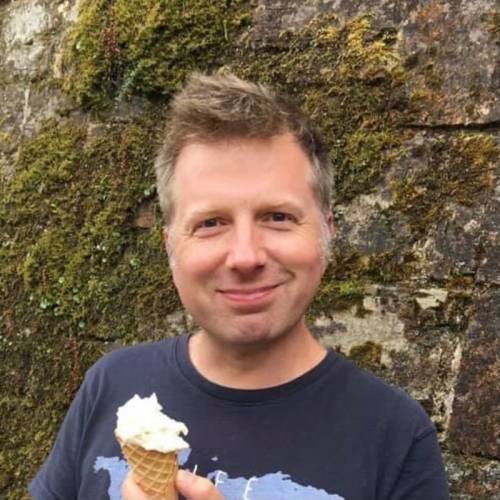 I am classical guitarist, composer and arranger based in the picturesque town of Hebden Bridge West Yorkshire. My publishing company, Marrington Edition, specializes in compositions and arrangements for solo classical guitar and classical guitar ensemble. I also produce educational resources for guitar teaching purposes. You can purchase my scores from this site.

I trained in composition and musicology at Leeds University (M. Mus., Ph.D.), completing a doctorate in 2002 on the British composer Denis ApIvor (a prolific composer for the guitar).

I taught guitar between 1996-2001, both privately and as a peripatetic teacher for Roundhay Music (North Leeds) and Calderdale Local Authority.

I taught at Leeds College of Music between 1998-2011, initially at Further Education level and then in the Higher Education department at both undergraduate and Masters degree levels across across a range of music-related modules on its Classical, Jazz, Popular Music and Music Production degrees. I focused in particular on music theory, composition and historical and cultural studies.

I currently hold a Teaching Fellow position at the University of Leeds, School of Electrical and Electrical Engineering where I manage a BSc in Music, Multimedia and Electronics. I am also an external examiner at University of Brighton (City College), and a Fellow of the Higher Education Academy.

In addition to my teaching work I am an occasional author and freelance consultant on educational music book projects, including Guitar from Scratch (with Microjazz's Chris Norton, 1999) and the Usborne series ‘Very Easy Guitar Tunes', ‘Easy Guitar Tunes' and ‘Guitar Tunes for Children', published in 2004.

My collection, 'Nineteen Gilbert and Sullivan Favorites for Classical Guitar' was published by Mel Bay in 2004.

I have also worked freelance as a professional music typesetter for Cambridge University Press (Julian Rushton's ‘Elgar: Enigma Variations'), Boosey and Hawkes (‘Guitar from Scratch'), The Consort and for numerous private individuals. As well as speaking at various international conferences I have also provided a season of pre-concert talks for the Airedale Symphony Orchestra.