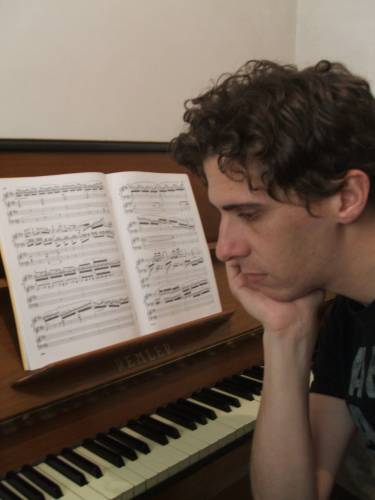 Martin Miguez was born in Buenos Aires, Argentina. He began studying piano in 1997 under the teaching and concert pianist Alicia Weingarten and Liz Beraldi in the National Conservatory Carlos Lopez Bouchardo. In 2000 he travels to the United States to perfect his piano technique under the strict guidance of George Garcia who was a former professor at the University of Florida, a disciple of Johanna Hayes (who in turn was a pupil of Arthur Schnabel and Isidore Phillip, this last disciple of Maurice Ravel)

As a classical composer would highlight its 12 épisodes pour piano Opus 1, a collection of waltzes for piano and some pieces for violin and piano.

It is also dedicated to the composition and production of Synth-pop music, having to his credit published papers by his two musical projects and called Einsend and Ave Machine.

As a writer, he has participated in some of his poems in literary anthologies of 2005 and 2006 '' Editorial Nuevo Ser '' getting prominent mention in both editions writer.