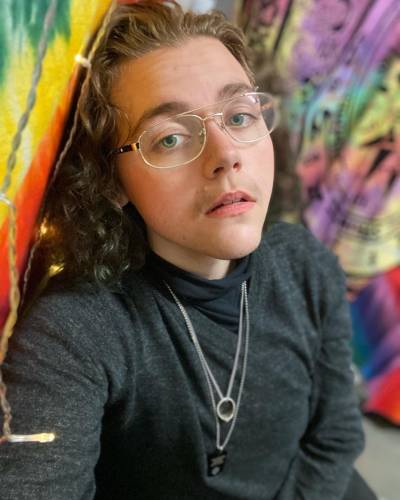 My name is Charles Leslie Maximilian Perryman, but you can call me Max for brevity's sake. I'm 19-years-old, and I've wanted to be a film director and musician since I was about six or seven years old, when my parents took me to see Tim Burton's The Corpse Bride in theaters. (Wow, that made me feel old.)

I'm currently a freshman attending SCAD getting my bachelor's degree in film and television production. Turns out maybe some dreams kinda do come true. When I graduate, I want to move to Victoria, Australia, and really kickstart the Greyhound Film company down there.

Momma said I would just sit in front of the TV and watch the movie over and over, and one day I sat down at a piano and started to play the soundtrack by ear. I gave up on the whole movie dream when I was younger and people told me I couldn't do it, but then I realized I kinda sucked at everything else. My last resort was the marines, but one day I came home from school and I found out that I had gotten into the school of my dreams, which was the Savannah College of Art and Design. I don't only just do film, I've also been an animator, 3D designer, musician, and photographer of professional grade for a long time as well.