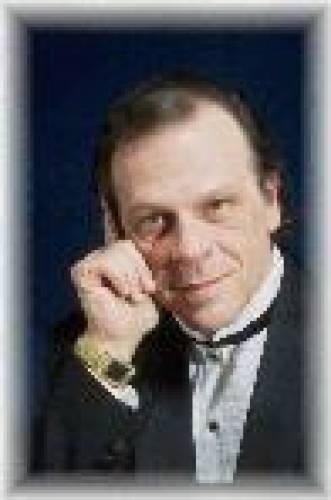 Larry began his musical career at 5, singing in church. From that point on, performance and teaching were a part of him. He has performed professionally since he was 13. Larry plays the piano, sax, flute, clarinet, guitar, bass, and drums. Larry has toured throughout the United States, from California to New York. While in college, he learned the violin, viola, cello, trumpet, trombone, and bassoon, though he admits you wouldn't want to hear him play these latter instruments. Larry earned a degree in music education from Eastern Oregon University. While there, he was tapped Phi Beta Cappa and honored with the outstanding actor of the year, and named in 'Who's Who in American Colleges and Universities'. He went on to teach public school in Washington State for three years. He also taught at Mt. Hood Community College, Montana State, and various seminars in the Seattle/Portland area. However, the lure of performance pulled him back to the stage. For thirty years, Larry has earned a living as a professional performer. Larry has produced/recorded/written several albums, as well as writing and arranging material for other people. One of his albums is available at cdbaby.com. Look for 'A Little Tenderness' (great reviews!). The music is all Larry–he performed all of the parts and designed the artwork. One note-worthy memory he holds dear is when he was asked to arrange and conduct 'The Star Spangled Banner' for the Seattle Opera Chorus. Another is when his broadway revue was asked to perform at the Marriott-Marquis in New York City. An eclectic musician, his writing spans from classical to country, jazz to worship. Enjoy his music!