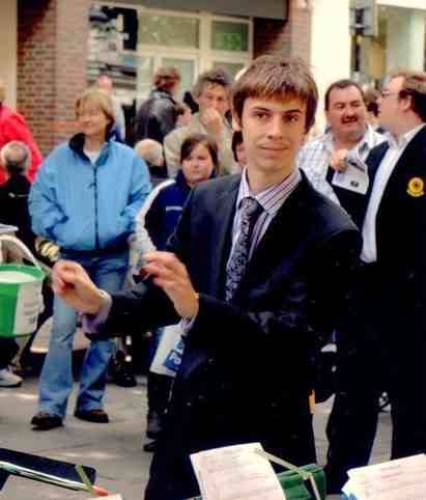 Nicholas is a young York based composer with a specialism in contemporary classical music and a passion for brass band music. Currently studying for his BA Music at Leeds College of Music, Nicholas has grounded himself as a respected composer at the college as well as an up-and-coming composer in the York area.

Currently, Nicholas is working on a large scale work entitled Earth Rise, is an orchestral work influenced by the Apollo Missions in the 60s and 70s and takes musical influence from Herneyhough's String Quartets and Birthwistle's Triumph of Time.

He is also working towards the York 800 festivities taking place in York in 2012. He is writing two pieces for brass band, which will mark the importance music played throughout the last 800 years in York.

As music gets finished, it will be found here first. Like what you have already seen? Then keep looking back and Nicholas will post more music!