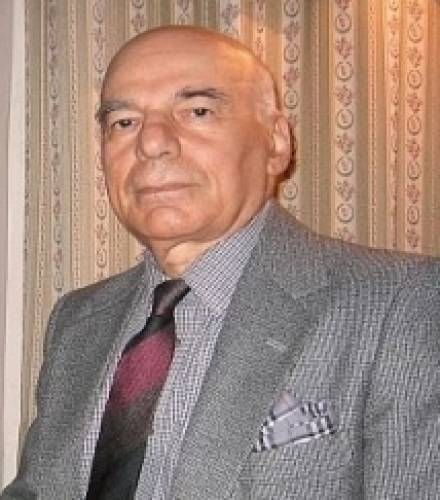 Paul Zarb was born in Greece, by British father and Greek mother, in a musical environment but was strangely averse to learning music and playing an instrument until the age of 16 at the end of WW II when he discovered that all those unknown melodies which kept appearing in his head even during the famine of 1941 was inspiration for composition.

Naturally World War II upset all manner of studies for a few years but not long after Nazis, Fascists, Communists and all kinds of trouble makers were kicked out, Paul Zarb under the direction of his father studied Solfeggio, playing the Violin, the Trombone both valve and slide, the Tuba, the Physics of Music, then Harmony, Counterpoint, Fugue, Instrumentation, Orchestration, Homophonic and Polyphonic Forms; after which he returned to Britain where circumstances kept him away from music studies but not from music.

In his free time he struggled with making his knowledge fit into composition but all that theory seemed worlds apart from real composition. Then a chance hearing of a lecture by John Lambert on the radio started him thinking on the right direction.

However it was not until he met the Amadeus Quartet through his violin teacher Suzanne Rozsa_Lovett and her husband Martin Lovett that he was able to shake off the shackles of old-fashioned teaching and start composing.

Suzanne had a way of introducing many aspects of music to her pupils so that under her influence and by regularly attending Martin’s lectures in the Amadeus Summer classes Paul Zarb suddenly discovered the way to real music. Norbert Brainin’s and Siegmund Nissel’s classes have also been influential in shaping his thinking so that finally upon retiring he has been able to indulge in his old passion, composing music. The result is an abundance of various types of compositions. He lives with his wife Hiroko in the multicultural environment of Redbridge where even buses break the speed limit and bus drivers refuse to obey the bell summons so you have to use the number two bus regularly.