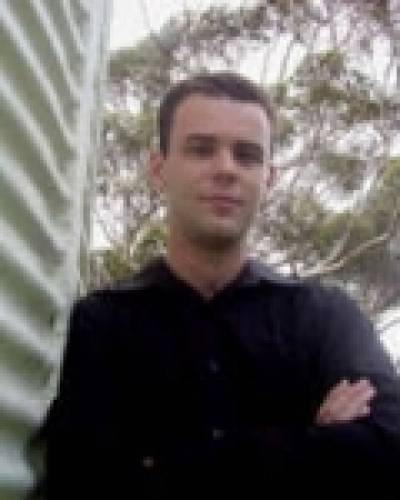 Peter McNamara was born and educated in Sydney’s Western Suburbs, and is gaining a reputation as one of Australia’s most talented emerging composers. He has worked as a freelance composer across a wide variety of areas including orchestral, chamber, electronic, installation and film composition and is particularly interested in exploring notions of landscape and the physics of our natural world and universe in his work. Between 1999 and 2011 he studied at the Sydney Conservatorium of Music with composers such as Michael Smetanin, Bozidar Kos and Trevor Pearce, graduating with a PhD. He is currently a lecturer at the Sydney Conservatorium and co-artistic director of the Sideband Collective.

McNamara’s works have been performed by a variety of major orchestras and ensembles in Australia and overseas including Ensemble Modern, the Melbourne Symphony Orchestra, Ensemble Insomnio, Orchestra Victoria, Orkest de Ereprijs, Ensemble Offspring, the Tokyo Sinfonietta, Ensemble Phace, Ensemble Nomad and the Stroma Ensemble. His work has appeared at numerous international events in Australasia and Europe including a number of performances at the ISCM World New Music Days conference and the Gaudeamus Music Week in The Netherlands.

McNamara has a growing number of works published by Wirripang Pty Ltd and Alexander Street Press. He also has a growing number of commissions from various artistic bodies and ensembles nationally and internationally. This includes Perpetual Inertia for the Dutch Orchestra and Ensemble Academy, Der Ost-Westspiegel for international accordion virtuoso James Crabb and The German Hills for Ensemble Offspring. In 2006 and 2012, he was the composer-in-residence at the Campbelltown Arts Centre.

McNamara’s works have also been commercially recorded. He co-initiated the commercial CD recording project Sideband with fellow composers Tristan Coelho and Brad Gill, which was released in 2014 and contains recordings of his solo works Voltage and Cadenza II. His work The Styx for chamber orchestra and solo percussion was also commercially released on CD in 2009, recorded by Ms. Claire Edwardes and the Kammerklang Chamber Orchestra.

McNamara has received many awards including the Gallipoli Songs Prize in 2014 (The General’s Garden), second place at the 2011 Young Composers Meeting with Orkest de Ereprijs (Cross Modifications), the 2008 2MBS-FM composition award for Orchestra (Modes of Deception), the 2007 Betty Amsden Award for Orchestra (Auftauchen der Nacht) and second place in the 2007 Asian Composers League Young Composers Awards (Landscape of Diffracted Colours). McNamara also received a High Credit from the Lepo Sumera International Composition Contest in 2003 for his orchestral work Shadows of Fallacy.