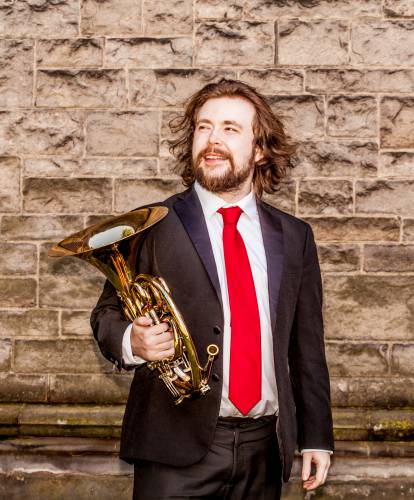 Robert graduated in 2018 with a MMus from the Royal Conservatoire of Scotland, where he won apprenticeship schemes with the Scottish Chamber Orchestra, BBC Scottish Symphony Orchestra, and the Royal Scottish National Orchestra. Those have led to professional work with both the BBC SSO and the RSNO. A keen chamber musician, Robert is the horn player for brass quintet Brass Tracks with whom he performs across the UK and wind quintet Prismatic Winds, who recently became Live Music Now artists. He was a guest performer on rock band Mogwai’s most recent album, and has extensive musical theatre experience including credits in London’s West End, UK tours, the Edinburgh Fringe, and for the National Theatre of Scotland. Robert also works as an organist, sound designer, and is an award-winning screen composer. His music has been broadcast on Sky 1 and shown before film screenings in Vue Cinemas.

As a concert composer and arranger, Robert's music has been performed across Scotland, from Stranraer to Stornoway, by groups such as the National Youth Orchestra of Scotland and Castle Brass.