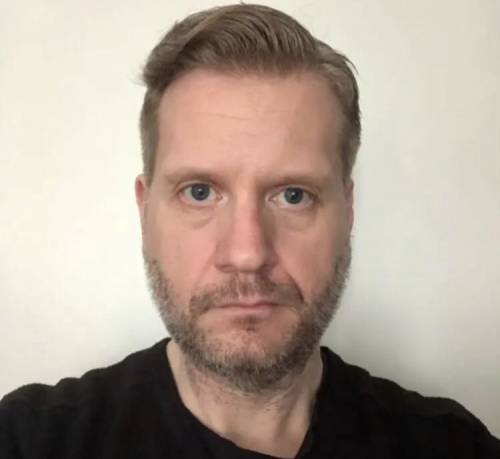 Dr. Wayne L. Davies was born in Aberdare, South Wales in 1975. His musical education began at secondary school (Aberdare Boys School, South Wales, UK) where he played the violoncello and piano. His interest in composition began at the age of 10 with a series of suites written for a small chamber orchestra and various scores for violoncello and/or piano. Whilst studying GCSE music, the composer wrote a 'Symphony in the Classical Style'. Exposure to non-secular music, especially works by Mozart; Brahms; Faure and John Rutter, inspired the composition of 'Requiem' in 1994: a work scored for solo soprano, solo alto, mixed choir and orchestra. The movements 'Requiem Aeternam' and 'Agnus Dei' were submitted as part of his A Level music portfolio. In 1994, Wayne L. Davies entered the University of Cambridge (King's College) to read Medicine. Many important works were composed during this time and some were performed in various King's College Composers' Concerts. These works include 'Elegy for solo flute, strings and timpani'; 'Elegy for string orchestra'; 'Miserere for mixed choir'; 'Novelette: A Homage to Debussy for flute, violoncello and harp' and 'Pastoral for solo piano'; the latter of which was featured on the BBC Radio Wales music programme 'The Score'. The previous few years have been an exciting period of musical experimentation and development for the composer/arranger. Shying away from the more 'traditional' sounds of music to encompass the 'minimalist' world of Steve Reich and Philip Glass and the 'neo-tonalist' sounds of Einojuhani Rautavaara; Arvo Part; Peteris Vasks; Nicholas Maw and Christopher Rouse, has allowed the composer to enter a new period of compositional style. Some important works include 'The Rag for 2 pianos'; 'HaKeras for solo french horn'; 'Invocation for solo violoncello and string orchestra' , a song cycle based on three poems by Dylan Thomas ('Lie Still Sleep Becalmed', 'Do Not Go Gentle Into That Good Night' and 'In My Craft Or Sullen Art') for mezzo-soprano with harp or piano accompaniment', and a song for tenor and piano based on W. H. Auden's 'Stop All The Clocks'. The composer is presently writing a song cycle based on poems by Rupert Brooke, a ballet score, further choral works, and well as transcribing many classical pieces for string quartet/orchestra and other ensembles.

I composer is always glad to receive commission for new pieces or arrangements, as well as other comments.

Please add your e-mail address to my mailing list to be informed when new scores are uploaded!

Biggest distributer of music in Wales
An good friend who is an excellent organist and singer.
ScoreExchange.com is run and owned by ADAP Solutions Ltd. ©
Sell sheet music |
Terms & conditions | Privacy |
Contact us | Advertise