Sign in / Register
HomeInstrumentationsOrchestraI Was Glad When They Said Unto me

I Was Glad When They Said Unto me 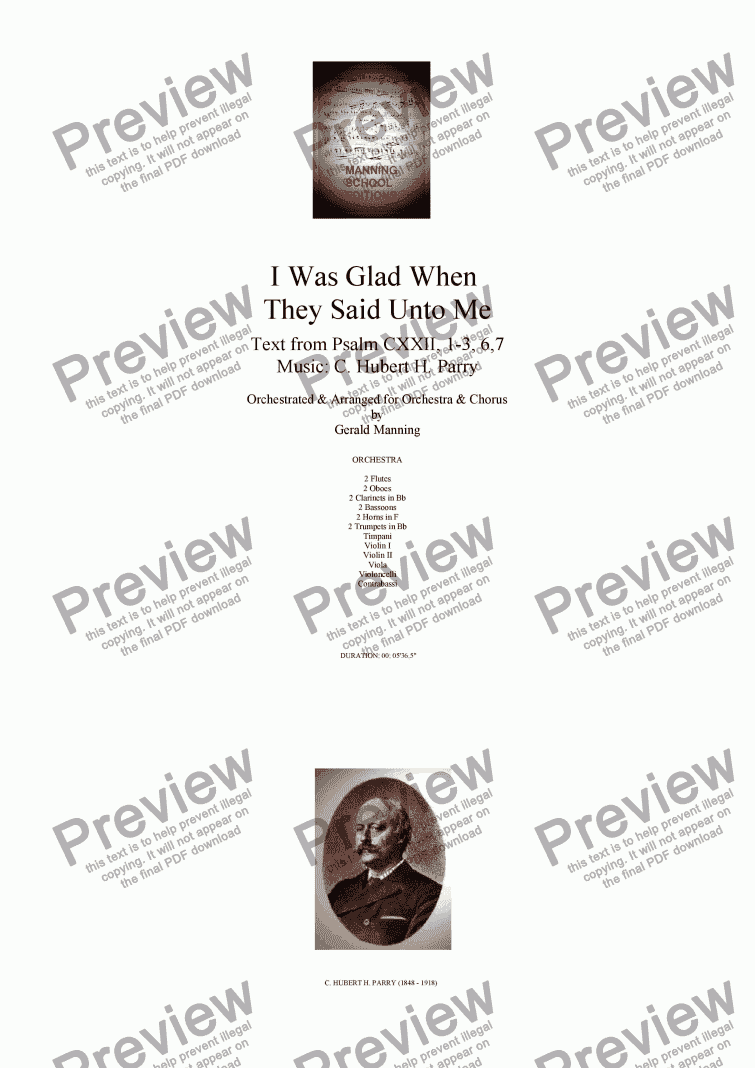 I was glad (Latin incipit "Laetatus Sum") is an introit commonly used in the Anglican church, and also used as an anthem traditionally sung at the coronation of English monarchs. Its most famous setting was written in 1902 by Sir Hubert Parry. Most of the content of the psalm is a prayer for the peace and prosperity of Jerusalem, and its use in the coronation service clearly draws a parallel between Jerusalem and the United Kingdom, as William Blake had in his poem Jerusalem (which Parry set to music later, in 1916). Settings for earlier coronations were composed by Henry Purcell and William Boyce, among others. Parry’s version was written for the coronation of King Edward VII and revised in 1911 for that of King George V, when the familiar introduction was added. Arguabaly one of the most beautiful settings of this magisterial Coronation anthem was composed in 1902 for the Coronation of King Edward VII by Sir Hubert Parry, and has since been performed at every Coronation ceremony to mark the arrival of the monarch. This setting employs antiphonal choir effects and brass fanfares. Apart from the imperial splendour of the music, the chief innovation is the incorporation in the central section of the acclamations "Vivat Rex … " or "Vivat Regina … " ("Long live King/Queen …") with which the Queen’s Scholars of Westminster School traditionally greet the entrance of the monarch. The anthem is also sometimes used for the enthroning of bishops, in which case the "vivat rex" is re-written as "vivat episcopus". 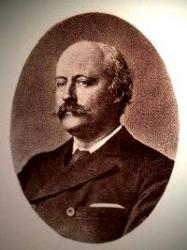 Reviews of I Was Glad When They Said Unto me