By: Wallis Willis
For: Solo Bass Clarinet in Bb + piano
This music is in your basket
View basket
Loading... 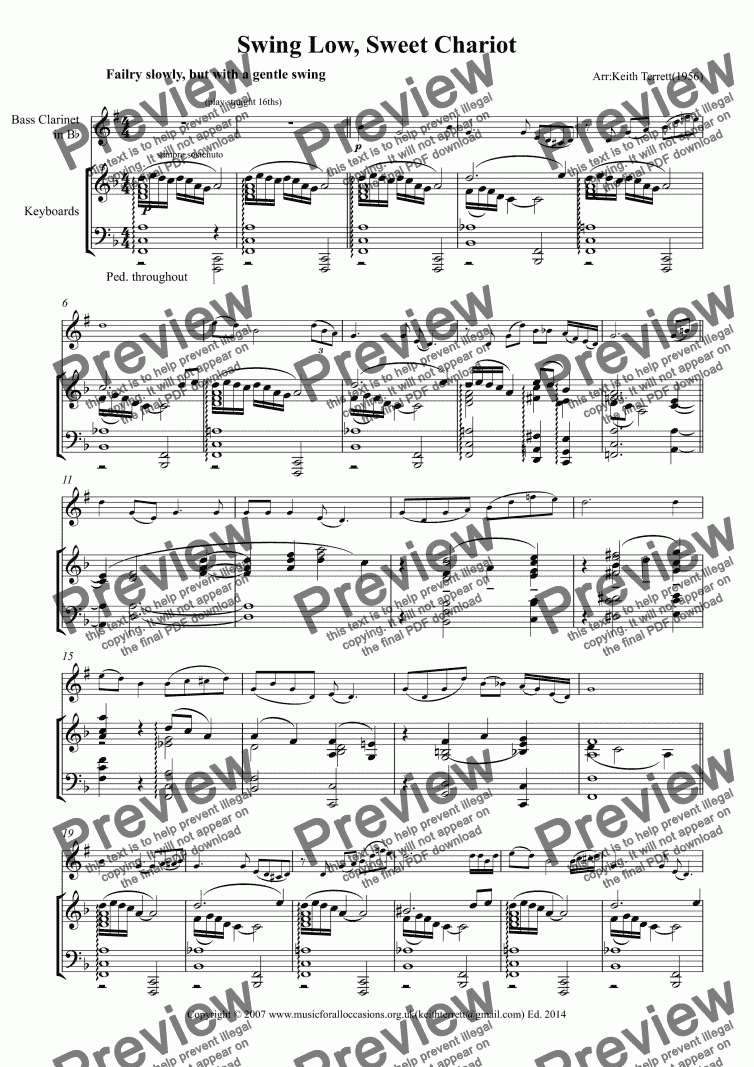 By: Wallis Willis
For: Solo Bass Clarinet in Bb + piano

If you need a different transposition of the solo part let me know:keithterrett@gmail.com

A great piece to try for your next concert or recital!

"Swing Low, Sweet Chariot" was written by Wallis Willis, a Choctaw freedman in the old Indian Territory in what is now Choctaw County, near the County seat of Hugo, Oklahoma sometime before 1862. He was inspired by the Red River, which reminded him of the Jordan River and of the Prophet Elijah's being taken to heaven by a chariot (2 Kings 2:11). Many sources claim that this song and "Steal Away" (also composed by Willis) had lyrics that referred to the Underground Railroad, the freedom movement that helped blacks escape from Southern Slavery to the North and Canada.

Bass Clarinet in B^b and Keyboards

Bass Clarinet in B^b and Keyboards