Whispering Earth, for Violin and Viola 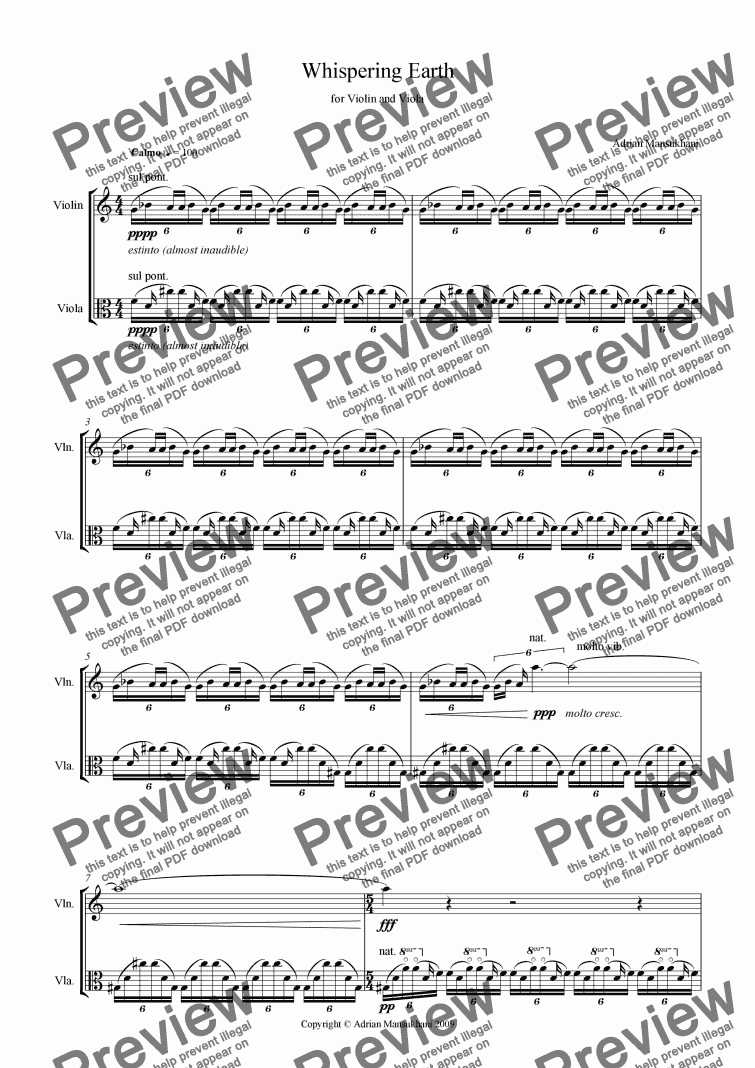 Duet for Violin and Viola

The idea of the work originated from my fascination in one of the world’s great phenomenon: the ability for some animals to predict natural disasters. Their extra-sensory perception allow them to react and flee impending natural catastrophes. They are sensitive to the varied frequencies and magnetic fields of those natural phenomenia - as if mother Earth is whispering warnings to its inhabitants.

The work "Whispering Earth" echoes the muted cry of Earth - trying to reach out to humankind. The cry is represented by the motif from "Still call Australia Home"; it can be reinterpreted as "Do we still call Earth Home?", questioning human’s destruction to the environment they call ’home’. The almost-inaudible opening represents the "breaths" - earth’s natural frequency (known as Schumann Resonance), while the cries are presented in various forms throughout the work.

Incidentally, the structure of the work loosely represents the earth’s rotation. It is believed that the Earth’s rotation is slowing down as it passes through space’s Photon Belt. As it slows, the magnetic field reduces while the Schumann Resonance increases (opening passages of the work). Eventually, the earth will stop rotating completely (middle of work), only to begin rotating the opposite direction soon after (final part of work).

Reviews of Whispering Earth, for Violin and Viola