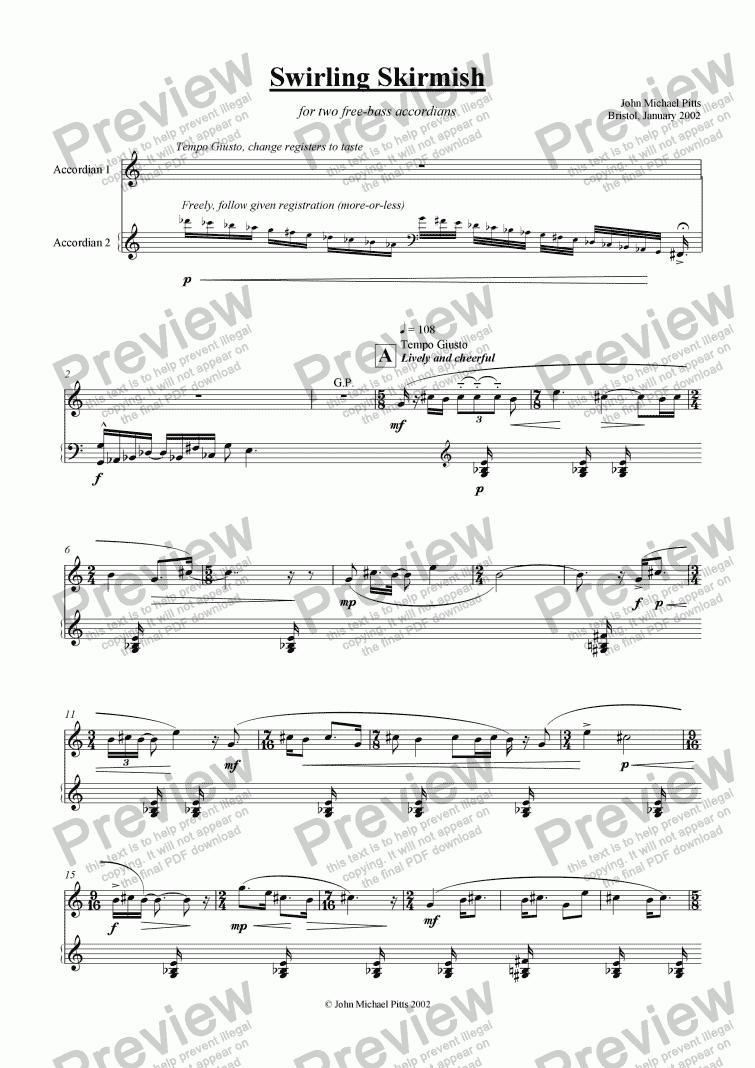 Two free-bass accordians. Performance directions as follows:–- The top (Accordian 1) part should be played in strict tempo throughout. The bottom (Accordian 2) part has no time signatures, no bar-lines and only occasional rhythmic values (which are not specific, but merely approximate guides). It is intended that the bottom part should follow the top part, and play as accurately as possible using the rhythms implied by each note?s horizontal position in relation to the top. Where a note or chord in the bottom is directly underneath a note in the top part, the second accordian should aim to play simultaneously with that top note (on a few occasions where it is especially important the direction ?Together? is given). However, the majority of the second accordian?s notes are not sounded together with the first accordian. The second should also try to avoid playing in any specific metre given by the first accordian (there is a temptation to fill in the gaps with quaver syncopations), unless the spacing of the notes indicates otherwise (i.e. for much of the piece there should be little sense of metre, and the pulse given by the first accordian (crotchet = 108) should for the most part be upset by the second accordian). It is suggested as preferable that both performers play from the same part, with the second accordian player turning the pages. The first accordian should take great care entirely to ignore the second accordian throughout regardless (possible exception at G) ? it is the duty of the second to keep up with the first. The top part is free to choose any registration as appropriate, but the bottom part should more-or-less follow the given registration.